“Chabrol’s attempt to arouse sympathy for his heartless protagonist seemed a reach.“

Claude Chabrol (“The Cousins”/”The Butcher”/”Nada”)directs in a more restrained fashion than usual, and presents a moody period piece thriller that’s based on a true sensationalized newspaper headline murder case from the 1930s in Paris. The 18-year-old Violette Noziere (Isabelle Huppert) was tried and convicted in 1934 for the poisoning of her railroad worker father (Jean Carmet) and the attempted murder of her mother (Stéphane Audran, ex wife of Chabrol). The thriller raises moral, political and social questions, but never attempts to answer them. Instead it remains tense throughout, even getting more tense when the child monster is arrested and makes up damaging lies about her father being a sexual predator, causing a scandal that puts the family on trial and divides the public (she incredibly became a heroine of the Left and the Surrealists, who rallied to her defense as a symbol of liberation from “bourgeois” morals).

Though Chabrol does justice in chronicling in a detached way the troubled mind-set of the young murderer, the slice-of-life crime drama is virtually a cold and empty experience about an unsympathetic character whose character remains impenetrable; and, furthermore Chabrol’s attempt to arouse sympathy for his heartless protagonist seemed a reach.

It’sbased on the book by Jean-Marie Fitere, and cowritten by Chabrol, Odile Barski, Hervé Bromberger, Jean-Marie Fritere and Frédéric Grendel. The diabolical character played with such resolution by Isabelle Huppert, deservedly earned her a Best Actress award at Cannes.

Violette Nozière lives with her respectable conventional middle-class parents in a cramped Paris apartment, leaving the teenager no privacy. She detests her folks for being so bossy and petty and dull. The restless Violette loves dressing up as an adult, as she leads a secret life whereby she hangs around the Latin Quarter during the afternoons and picks up dissolute men who give her money for sexual favors in seedy hotel rooms.When she contacts a venereal disease, she blames it on hereditary factors and gets her parents to take a supposed prescription drug ordered by her doctor that is poisoned. It fails to kill her parents, who are clueless and can’t fathom that their daughter would try to kill them. In the meantime, the supposed innocent school girl meets one good-for-nothing after another until she finally settles for a feckless dream-boy wastrel lover, Jean Dabin (Jean-François Garreaud), whom she plies with expensive gifts and steals from her family to support him.Violette, in an attempt to be liberated from her home prison, shoots for a second attempt at poisoning her parents and succeeds in only bringing down her father.Ironically, after her arrest, she finds liberation in jail.

Violette is first sentenced to the guillotine, but then the French president reduces the sentence to life imprisonment. After serving twelve years, Violette receives a full presidential pardon in the 1945 post-war period.

Chabrol never makes any headway with why the uncommunicative and unrepentant teenager had such a fierce hatred for her parents that she would want to kill them, except showing she wanted the better things in life that her humdrum working-class folks couldn’t provide. He suggests that maybe she just snapped because she couldn’t stand to be around her nosy and nagging parents, or maybe she was just bored and was looking for action. Whatever … we know little more about Violette than we did before. 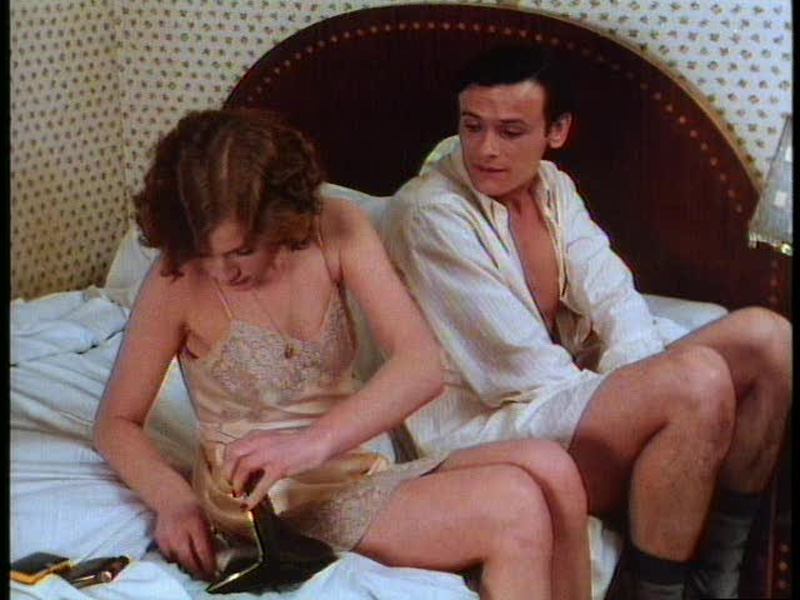