“What makes Vincere watchable is its big flourishes and its relevant history lesson.“

Veteran Italian filmmaker Marco Bellocchio (“Good Morning, Night”/”Fists in the Pocket’“/”My Mother’s Smile”), who has an uneven career, directs this offbeat historical melodrama, textured like an opera but without song, on the rise to power of Fascist leader Benito Mussolini and what his story means to us today. It’s based on a true story authored by Bellocchio, that centers around the turbulent Mussolini’s (Filippo Timi) relationship with his first wife Ida Dalser (Giovanna Mezzogiorno). They met before WW I, (with Bellocchio skipping around from Turin in 1907 to Milan in 1914 in a disjointed way), when Benito was a fiery journalist and a union activist for the proletarians and had incurred the wrath of the mob at his many outrageous comments such as ‘God doesn’t exist.’ Mussolini gets kicked out of the Socialist Party in 1914 because of his support for Italy’s entry into World War I. Ida offers her passionate support and love and gives birth to, in 1915, his child Benito Albino (Fabrizio Costella), and gives him financial support to be editor of Avanti! by selling her possessions. Ida’s willing to follow her lover anywhere only to find out he has also married Rachelle (Michela Cescon). Wounded during the war, the wives tangle over their Benito as he lays in a hospital bed as a wounded hero from the front. With that unpleasant incident, Benito rejects Ida and not only abandons his secret wife and son, but has them locked up in separate asylums for a decade so that they will not embarrass him in his Fascist power trip (becoming Italy’s dictator in 1922). But the persistent Ida will not go away without a fight.

What makes Vincere watchable is its big flourishes and its relevant history lesson, the superb acting by the leads, its engrossing blend of archival footage, historical re-enactments and a plausible fictional narrative, the depiction of Il Duce‘s bombastic style in making speeches that rallied the masses, and its chilling reminder of how history repeats itself with the same demagogic demonic leaders assuming power one way or another. What makes it almost unwatchable is following for long periods of time the sufferings of Ida, who has gone bonkers from the injustice done to her and almost drives us bonkers with her wearisome harangue as the sympathetic director allows her plenty of face time to make sure we know she was the betrayer’s hurt loyal first wife. But the betrayer now aligned himself with the Roman Catholic Church and couldn’t afford to have a scandal interfere with that practical arrangement to share power, and from his perverted point of view it’s best if Ida disappeared (for the pic’s sake, it would have been better off for entertainment value if her face time was also reduced). 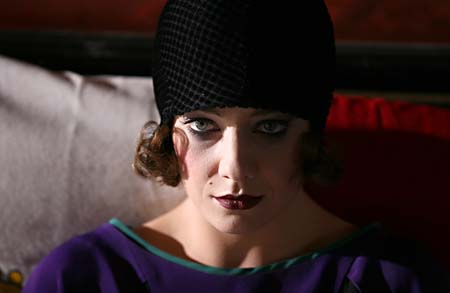