“This was the last film that Rainer Werner Fassbinder completed before his suicide.”

This was the last film that Rainer Werner Fassbinder completed before his suicide. In his postwar trilogy, Veronika Voss is the final installment after The Marriage of Maria Braun and Lola. It’s Fassbinder’s version of Billy Wilder’s Sunset Boulevard, as he moves slightly away from his usual Douglas Sirk-like melodramas. The fictionalized Veronika Voss is actually based on an idea by Fassbinder inspired by a news story about Sybille Schmitz, star of F. W. Murnau’s 1930 Vampyr. She was a star in Germany’s state-run UFA studio which produced Nazi-approved melodramas during the 1930s and 1940s. But after the Nazi’s defeat, UFA was broken up and the Third Reich stars couldn’t get work. Many took to drink and/or drugs – though drugs were a challenge to get without the proper connections in the beaten down postwar Germany scenario. It is interesting to note that Fassbinder uses the same cinematic style from those 1930s Nazi propaganda films in his black-and-white Veronika Voss.

In this film version, Veronika Voss (Rosel Zech) is a has-been aging 1940s movie star haunted by an alleged fling with Goebbels, who, ten years after the war’s end has become a morphine addict. She has not made a film in three years, and her screenwriter husband Rehbein has left her. Veronika is in the hands of a Svengali-like psychiatrist Dr. Marianne Katz (Annemarie Düringer), who is bleeding her dry and has so manipulated her that she cannot live without her shots to kill the pain. To pay for the expensive treatments, the unstable Veronika has signed over her villa and possessions to the sadistic Dr. Katz upon her death. Veronika’s life is so on the skids, that she lives in Dr. Katz’s foreboding pure white clinic as a virtual prisoner. Josepha is the loyal clinic assistant, while a black GI regular at the clinic is in the habit of singing along with the radio the popular American folk tunes of capitalist exploitation of the early 1950s while fixing the drugs he’s dealing.

Fassbinder has a few warnings to issue about the optimism of postwar Germany’s efforts at economic recovery, as in the background radio news reports tell about Chancellor Adenauer’s governmental plans and of NATO being formed. The film’s heroine is not motivated by desires of upward mobility as were the other heroines in the trilogy, as she’s just looking to find a role to take her through life and keep her noticed by the public.

The opening scene has Veronica at the cinema with Fassbinder in a nonspeaking cameo seated nearby, as she is watching intently one of her 1930 melodramas written by her husband. After she leaves the cinema she is in an hysterical mood, as her memories of fame haunt her and she still believes the public follows her career. She meets a noble sports reporter Robert Krohn (Hilmar Thate) in a rainstorm, an everyman type who does not recognize her but acts as a gentleman offering his umbrella. She responds to his kindness and masculine attention by going with the unglamorous man for drinks later on. At the club she used to frequent as a star she implores Robert to give her 300 marks for a brooch she noticed in the jewelry store next door, and later sells it back to the same store. The reporter’s longtime girlfriend Henriette von Hasberg (Froboess), finds Robert’s fascination with this woman curious and willingly helps him investigate her downfall.

Veronika dreams of returning to stardom. She begs her producer for a bit movie part as a mother when she’s rejected for the lead. But she’s too far gone to even remember her lines, and flubs that role as the incredulous director (Spengler) looks on in amazement at how far down she has descended. Also looking on were her ex-husband Rehbein and the smitten journalist. They get stinking drunk in a pub, and Rehbein wishes his new friend luck as he goes out into the night to save his blonde heroine from her addiction.

For Fassbinder, finding happiness or trying to save the world is only a desperate act based on deceiving oneself. He cynically believes the world turns on the base desires of those who are greedy and ill-natured, who are willing to destroy anything to get their ends. Humanism is just an empty term for the power struggle to control others, used by tyrants as well as by the usual politico to sway the public. All human motivations are based on folly and self-motivation. Fassbinder shows this by believing the do-gooder Robert, only makes things worse. He is merely a sportswriter and would have been better off writing about some football match than getting into something over his head. This investigation needed a tough-minded reporter without scruples or personal feelings getting in the way of going after the story.

Robert is spurred to act more decisively to save Veronika when a wealthy elderly couple, the Treibels, Holocaust survivors of Treblinka are also patients of Dr. Katz. When they run out of money and are denied morphine, they commit suicide as they are fed up with the world and want nothing more to do with it. This brings Henriette into the picture, as she goes to the clinic and plans to get Dr. Katz to treat her with morphine and then turn this evidence over to the police. But Henriette and Robert are too naive for these worldly figures who know how to play the respectability game to a tee, and their plan terribly backfires.

This is a typical Fassbinder work churning out his long list of themes of alienation, loneliness, state corruption, power grabs, sexual conflict and hopelessness. Its bleakness should scare off a wide audience. The film’s morbid tone is increased because Veronika Voss commits suicide by overdosing on sleeping pills as she gives a last starring performance in an elegant finale, something the director also did for his final act. Maybe in the end, for Fassbinder, it is only one’s lifelong performance that counts and not all the failures or successes along the way. 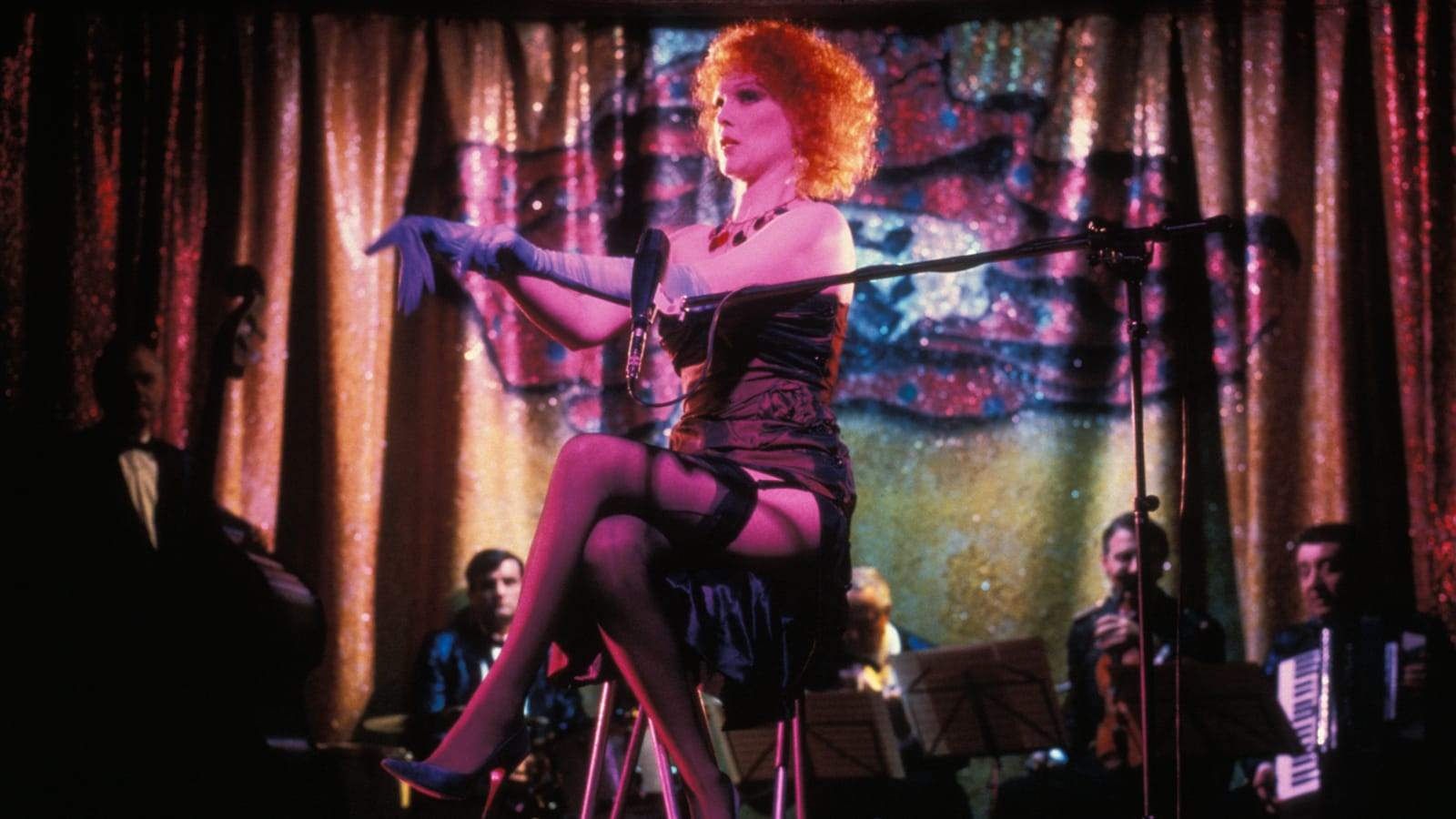