“A scary supernatural horror thriller based on an unsolved actual event.“

A scary supernatural horror thriller based on an unsolved actual event that resulted in a strange death in the early 1990s, in the Madrid suburb of Vallecas. It’s loosely based on the on the true story of Estefania Gutierrez. The noted Spanish horror filmmaker Paco Plaza (“Ultravioleta“/”[Rec]”) directs and co-writes with Fernando Navarro this bizarre and haunting horror pic. It tells of the teenage girl, Veronica (Sandra Escacena), who decides during a total eclipse of the sun, while in the religious school basement with two of her girl friends, Diana (Carla Campra) and Rosa (Ángela Fabián), to use a Ouija board in order to summon her deceased father’s spirit. Things go awry, glasses break, and Veronica goes into a trance. When recovered she goes back home, and while trying to get over the ill-effects believes she sees a shadowy figure in the apartment and becomes afraid it will harm the other children present. Things go terribly wrong when she conducts a seance to get rid of the evil spirit in the room. With little to go on, Plaza fills in the three days Veronica was home with his own version of the facts, as she mysteriously died while struggling with the unknown entity. Well, it works as an exploitation scare flick, but the low-grade horror pic is as clear as mud. It follows the main dramatic thrusts of the Conjuring (2013). That it’s the first recorded account of the supernatural by a police officer in Spain, makes the film a curio. But it does nothing to elevate it above the level of the recent spate of shocker possession and found footage horror films playing today in theaters. 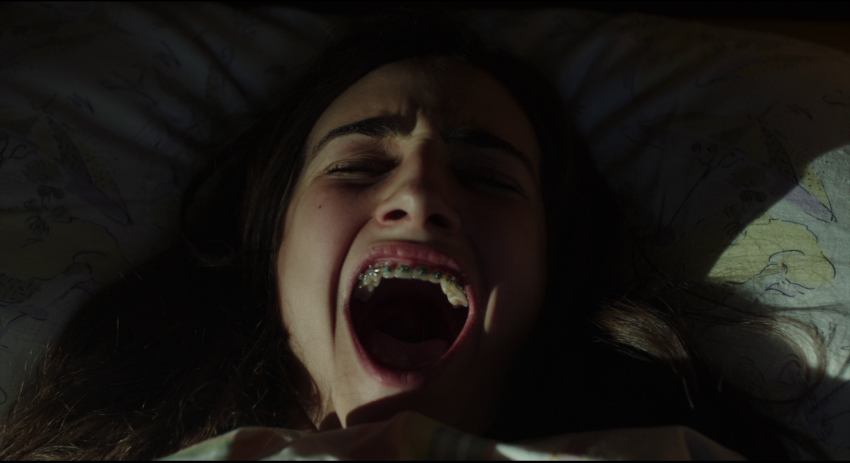