THE VENGEANCE OF SHE

“It’s the kind of nonsensical film that gives the occult a black mark.”

A vacuous and boring sequel to Haggard’s African fantasy adventure classic, “She (1965)”. Cliff Owen(“No Sex Please: We’re British”) directs as if he wasn’t persuaded he wanted to direct this reincarnation hodgepodge story. It’s the kind of nonsensical film that gives the occult a black mark.

A young beautiful blonde woman named Carol (Olinka Berova), wandering lost around the coast of southern France, is mysteriously being called to return to the lost city of Kuma. It seems she’s possessed by the spirit of the long-dead Queen Ayesha, and is being asked to wed the King. In Monte Carlo she stows away on a yacht bound for North Africa. There she encounters the psychiatrist Philip Smith (Edward Judd), who relates to the tortured woman. In Haifa, she flees from the boat and wanders into the desert. The concerned Philip follows and rescues her from two Arabs. He agrees to cross the desert with her, as she’s led by a voice to Kuma. There she’s greeted as Ayesha (She) by the immortal King Killikrates (John Richardson). Philip is placed in prison where he’s visited by Za-Tor (Noel Willman), the leader of a secret sect. He lays on Philip the news that Killikrates has promised immortality to his high priest, Men-Hari (Derek Godfrey), if he can bring back Ayesha to be his bride. We learn that Carol, a lookalike for Ayesha, has been hypnotized by the high priest to believe she’s Ayesha so he can be rewarded with immortality. The tension builds as Carol prepares to walk into the sacred flames to achieve immortality.

If you’re a fan of the cliff-hanger movie serials, you’ll have no trouble with the rescue effort at the climax.

The acting was awful, the directing was mediocre and the script is not worth a grain of sand. 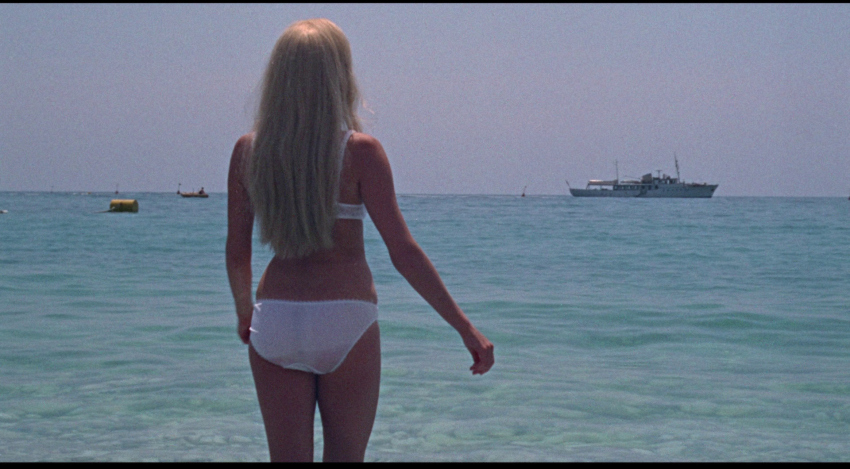