“The film like the conceived plot to kill Hitler is commendable for its premise, but is also not well-executed.”

Too bad we know the ending, as the film offers no surprises in its climax and its storytelling ability is too weak to sustain interest throughout. This middling historical recreation war drama tells in detail about “Operation Valkyrie.” It’s a plan devised sometime in 1943 involving Germany’s Reserve Army, the homeguard for the Nazi state that is in place to put down an enemy raid or internal rebellion in Berlin, who because of a change in its initial conception will get the reserves to unwittingly participate in a coup d’état. The architect of the restructured plan was a count by the name of Colonel Von Stauffenberg (Tom Cruise), who cleverly rewrote the Valkyrie plan and got Hitler to approve it. This meant that Hitler’s assassination would set it off so the SS would be arrested as suspects by the reserves and the conspirator’s group of political and military leaders would take control of the government.

“Valkyrie” builds its suspense on the climax of whether or not a group of disillusioned high ranking German officers could carry off in July 20, 1944, nine months before WW II ended, the assassination of Adolph Hitler and thereby topple the Third Reich. The botched effort, a near-miss, was the last of fifteen attempts.

The film like the conceived plot to kill Hitler is commendable for its premise, but is also not well-executed. Writers Christopher McQuarrie and Nathan Alexander turn in a pedestrian screenplay that lacks suspense, offers no back story on all the characters it introduces and fails to get at the complexity of its main protagonist who might have hated Hitler but still loved the despotic Kaiser and the idea of military might. Director Bryan Singer (“X-Men”/”Apt Pupil”/”The Usual Suspects”) keeps it morose, exciting only in fits and starts, cold as a snowball and mechanically plotted, draining out any character development or emotional connections for his bland heroes. Not only is Singer the wrong choice as director, but the hyper Tom Cruise is the wrong choice of superstar to play a stoical German hero despite the energy he pumps into this real Mission Impossible film. He acts stiffly and hardly convinces us he’s German while speaking Americanese as the miscast boring family man mastermind Col. Claus von Stauffenberg. But so were most of the other fine Brit actors miscast who portrayed these, for the most part, spineless Germans who came aboard a little too late to be lionized as true heroes. At least they were a little better than their Nazi brethren because they felt ashamed at how Hitler made all Germans look to the world and wanted to do something drastic about it. The exception in the Brit acting department is the wonderful performance of Tom Wilkinson, who plays the calculating shifty head of the Reserve Army, General Fromm. Wilkinson lets us look into his thought process as he tries to maneuver his way through both sides of the fence without committing to either side, and gives us a full-blown character that was of flesh and blood no matter that he was such a reptilian creature.

By late in the war it was obvious to most German officers that Hitler was leading Germany down a path of utter destruction. The black eyepatch wearing Col. Claus von Stauffenberg who was recently wounded with his Panzer division in Tunisia–losing an eye, a hand and a couple of fingers on his surviving left hand–is recruited by Maj. Gen. Henning von Tresckow (Kenneth Branagh), Gen. Friedrich Olbricht (Bill Nighy), Gen. Erich Fellgiebel (Eddie Izzard) and the big boss of the operation, Gen. Ludwig Beck (Terence Stamp), to join forces with their political civilian rebels led by their slated to be chancellor Dr. Carl Goerdeler (Kevin R. McNally) to bring about the assassination and coup. Their problems are magnified by the distrust between the civilians and the military people, and a bomb that goes off in the Wolf’s Lair compound in East Prussia but doesn’t kill the intended victim.

Singer is interested in entertainment and not in giving the viewer an honest documentary film history lesson or is he committed to presenting a finely tuned Costa-Gavras like political dramatization. That might be fair enough, except this slick production promises more than it delivers and results in a dull and superficial film—one of missed opportunities that’s not even as good as your typical lightweight thriller even though its subject matter is so much more serious. 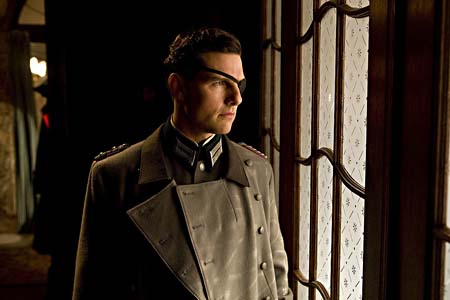