VALERIE AND HER WEEK OF WONDERS (VALERIE A TYDEN DIVU)

Talented film-maker Jaromil Jires(“Double Role”/”The Joke”/”Pearls of the Deep”) is part of the Czech New Wave. Their films were made as dissenters to the oppressive Soviet Union occupiers after the war. This is a confounding surreal dream-like film about the coming-of-age of an innocent virgin orphan 13-year-old girl, Valerie (Jaroslava Schallerová), who lives in a rural town with her stern grandmother (Helena Anýzová). We witness Valerie’s fantasy week, that will include her Catholic confirmation ritual and such odd things as vampires appearing (granny emerges as a vampire), the return of her deceased bishop father (who may also be a vampire) and her loving relationship with Eagle (Petr Kopriva), who turns out to be her brother and who has given her magical earrings.

The bizarre Gothic fairytale story was well-produced and its arty images were dazzling, but its content failed to connect with me. It was too jumbled for me to try and put together all its ramifications. 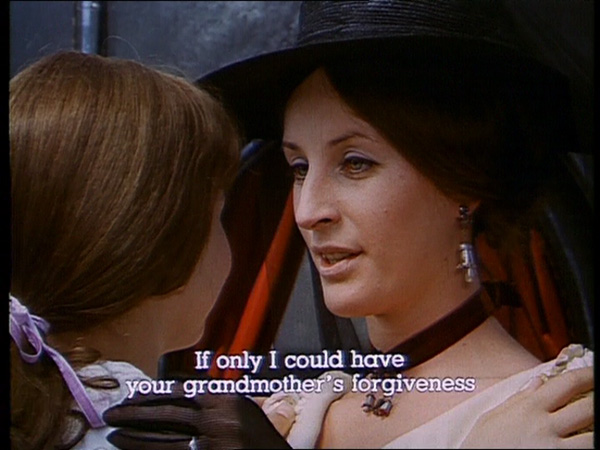