“The beautiful location shots by the cinematographer Barbara Alvarez highlight the simple film.”

Bolivian writer-director Alejandro Loayza Grisi, in his feature film debut, takes a look at the dying Incan Quechua culture (the Quechua people originated from Peru) through the eyes of an elderly couple, Sisa (Luisa Quispe ) and Virginio (José Calcina). The beautiful location shots by the cinematographer Barbara Alvarez highlight the simple film.

At a Bolivian remote high desert more than two miles above sea level everything has gone dry because of a long drought (attributed to climate change). All the young view the place as without hope and have fled. Only a few of the elderly like Sisa and Virginio remain. They are herders of llamas, who speak Quechuan and reside in a small cabin. The old man is stubborn and refuses to change his ways, even as he deals with a troubling respiratory condition that needs medical attention. They are about to be extinct but sadly manage to hang on, trying to make the best of a bad situation. Since their well is dry they must walk a long distance to the river to get water. Not suited to live anywhere else the couple remain, with their only hope being if it rains. Their city-dwelling grandson, Clever (Santos Choque), tries to get the old folks to relocate to the city, but they refuse.

The condors of the area are used here in a symbolic way. One of their traits is when things become hopeless they commit suicide by flying into the rocks of a mountain. 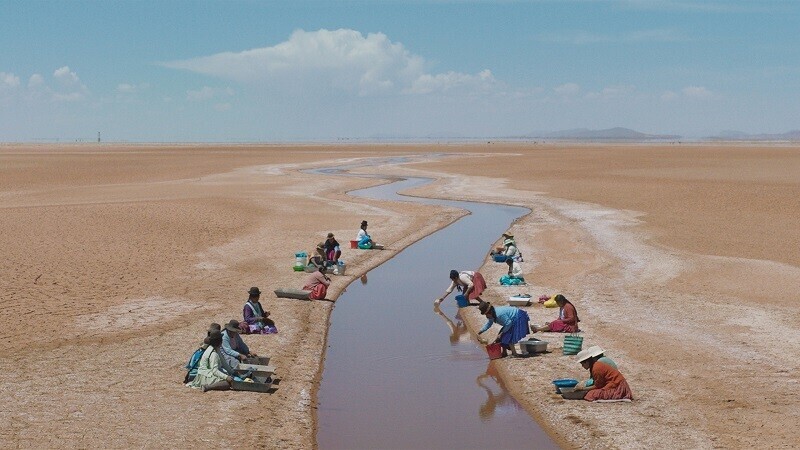