“Samuel Fuller’s revenge crime thriller is shot in the same brisk and violent manner he shoots his war films.”

Samuel Fuller’s revenge crime thriller is shot in the same brisk and violent manner he shoots his war films. The timely crime film hopes to cash in on the public’s thirst for mob stories, as it takes place after the well-covered mob gathering in Appalachin, New York; Fuller based his film on a series of “exposé” articles in The Saturday Evening Post.

The film’s startling opening scene takes place on New Year’s Eve in an undisclosed city. Twelve-year-old Tolly Devlin rolls a drunk, gets hit in the eye by another street urchin who tries to take away his robbery stash, and seeks comfort in Sandy’s dumpy Elite bar. Sandy (Beatrice Kay) is the doll collecting girlfriend of his petty criminal father, a bad egg who raised him alone after his mother died giving birth to him in prison. While Sandy is patching up Tolly’s scarred eye, they witness four shadows on a wall pummeling to death a shadowy figure on the ground. The victim turns out to be Tolly’s father. When Driscoll (Larry Gates) from the DA’s office asks Tolly to identify any of the killers, the wise guy kid refuses to be a fink and plans his revenge for some later day–keeping it to himself that he recognized one of the killers as Vic Farrar.

Tolly is sent to an orphanage and has a checkered youthful life of crime, where he establishes himself as a safecracker. While an adult, Tolly (Cliff Robertson) is serving a five-year stretch in the same prison as Farrar. Tolly reaches the ill Farrar before he dies in the hospital and tricks him into naming the other three men who killed his father. The three criminals, Gela (Paul Dubov), Gunther (Gerald Milton), and Smith (Allan Gruener), have risen to be heads of a ruthless syndicate run by Conners (Robert Emhardt), and hide their mob connections through their legitimate businesses and lavish charity donations.

Released from prison at the age of 32, Tolly returns to live with the nurturing Sandy. She sold her gin mill, and tells him it’s now a coffeehouse but used as a front for Gela in drug smuggling. Tolly goes to the coffeehouse hoping to crack the safe, but stumbles onto a pretty drug courier, Cuddles (Dolores Dorn), turning down a delivery assignment and is about to be whacked by Gela’s gunsel Gus (Richard Rust). Seizing this as an opportunity to reach Gela, Tolly rescues Cuddles and then tricks her into revealing where’s the package of drugs she was to deliver. Tolly delivers the drugs to Gela and ingratiates himself to the mob boss by returning the drugs and telling him that in prison Farrar told him that Gela was a good friend of his dad’s and the four men who killed his father were bumped off. Gela falls for the story and is pleased with Tolly’s loyalty and takes him into his crime family.

Meanwhile Cuddles is hidden with Sandy for her own protection, and a romance develops between her and Tolly. The double-dealing Tolly is still more interested in getting his pound of flesh than the romance and teams up with Driscoll, now a federal investigator heading a team to crack the syndicate run by Conners, and becomes a renegade soldier in the FBI’s army to crack the syndicate. But Tolly does it his own way, which gets street justice but leaves him as another war casualty.

Fuller’s violent noir film shows the inhumanity of the soldiers in the war on crime, where neither the syndicate or Tolly react with basic human responses. Their drive to succeed overrides everything, even love. The FBI is shown as stymied without the help of the public coming forth with information or willing to act as witnesses despite the risks, but the lawmen do not play fair by not telling how dangerous it’s to be a witness against the mob. 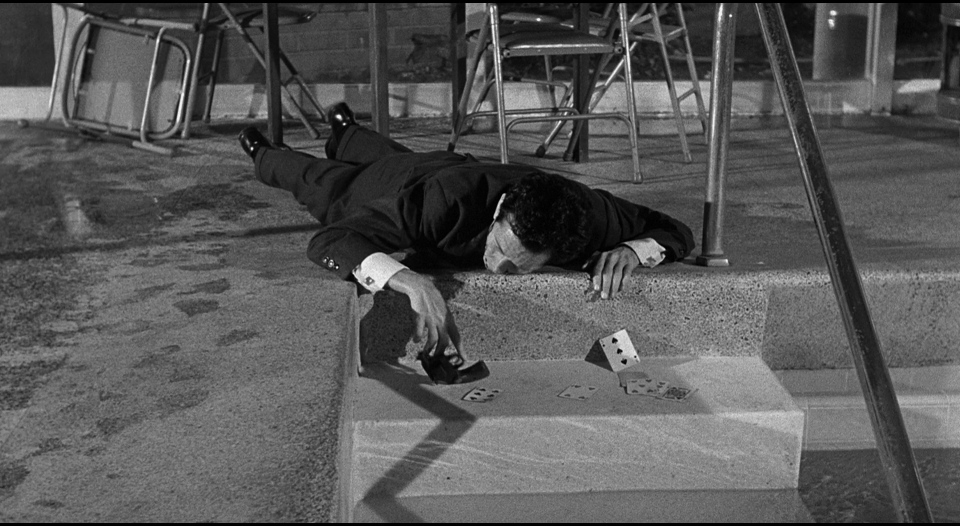