“Works well as a realistic look at a family in need of a second chance on life.”

A guilt-stricken Vietnam vet, Ulee Jackson (Fonda), who wonders why he lived through the war when his buddy’s didn’t, is now a beekeeper in the Florida panhandle of the tupelo swamplands. His wife Penelope died 6 years ago and this leaves him withdrawn and able to reflect on his life failures– his hitch in ‘Nam, his bum knee and on his criminal son doing time for a bank robbery. Under director/writer/editor Victor Nunez’s (“Ruby in Paradise”) superb direction this familiar tale of self-reflection of a flawed character and his troubled relationships has some sparkle. Ulee has found satisfaction with his independent and stoic lifestyle by working hard at a vocation passed down to him through the generations.

Ulee rears his two testy granddaughters, the teenage Casey (Jessica Biel) and her younger sister Penny (Vanessa Zima), after his daughter-in-law Helen (Christine Dunford) vanished two years ago. His son Jimmy (Wood) who is doing time in prison for armed robbery one day suddenly asks him on a prison visit to pick up and take care of his wife Helen who’s in Orlando, where she’s staying with his two ex-crime partners Eddie (Steven Flynn) and Ferris (Dewey Weber). It turns out she’s a dependent strung-out heroin addict, and has blurted out to these bad dudes that her hubby has stashed away $100,000 from the robbery in Ulee’s swamp. These two want the money and if they don’t get it threaten to take it out on Ulee’s family. Reluctantly he becomes involved in a search for the robbery money to protect his family and regain his will to live a full life, as he is forced to come out of his shell and get help from a newly arrived neighbor who is a nurse (Patricia Richardson) and is willing and able to take care of the girls while he battles the criminals and continues with his harvesting chores.

This low-key drama is urgently played out for all it’s worth. It stylishly, movingly and sensitively draws the viewer into its story and as a bonus gives an inspiring educational lesson as it delves into the workings of a beekeeper. This small scale film works well as a realistic look at a family in need of a second chance on life, with Peter Fonda coming up with his finest performance ever. The bad situation forces Ulee to get in touch with his softer side and find redemption for himself and forgiveness for others who are still too weak to fend for themselves. 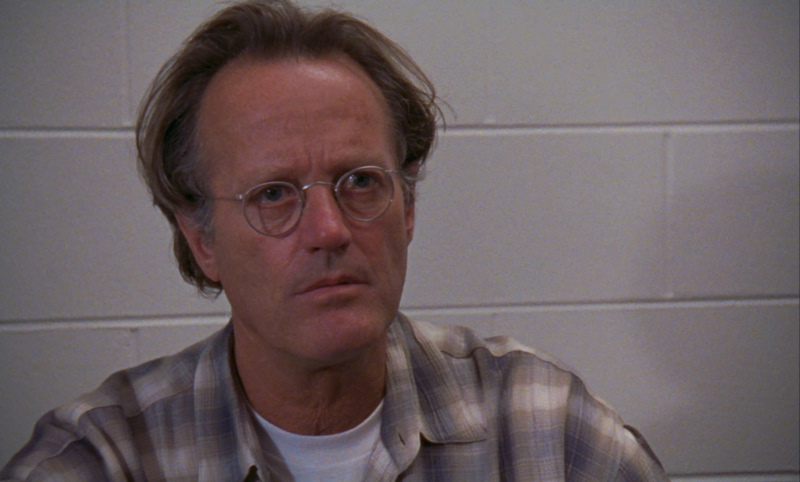