“An antithesis of how The Terminator handled time travel.”

Terry Gilliam (“Monty Python”/”Brazil”/”Time Bandits”) directs a remake of Chris Marker’s experimental short about time travel called La Jetee (1962). It’s a confounding dark sci-fi film about a virus in 1996 that kills five billion people, sparing only 1 percent of the planet’s population. Bruce Willis is James Cole, a prisoner of the state in the year 2035 who can earn parole if he agrees to travel back in time and collect information about the virus that will help find out how to live safely above ground again on the planet. The virus has forced the planet’s survivors to live underground.

When Cole travels back in time, he misses the targeted year of 1996 and instead lands in 1990. He is immediately institutionalized and put in the care of psychiatrist Kathryn Railly (Madeleine Stowe). Her specialty is dealing with patients who suffer from the Cassandra Complex, which involves being doomed to tell the future but to find no one to believe you. While there Cole first learns about the army of the 12 Monkeys (environmental action group) from a patient, Jeffrey Goines (Brad Pitt). Cole suspects that group in spreading the virus and needs Kathryn’s help to track down that former animal activist patient and the crazed son of a medical researcher (Christopher Plummer), whose virus experiments on lab creatures drive animal activist Jeffrey into a fit of anger. Jeffrey’s group is suspected of being behind the disaster, and Cole believes his best chance for success is to force Kathryn to help him find Jeffrey. But as Kathryn starts to believe what Cole says is true about the deadly virus and helps him prevent the future mishap, Cole realizes his lunacy might actually be what ended up causing the catastrophe in the first place. This recurring dream Cole has of his childhood becomes the heart of the movie, as it links all the mysteries taking place about the scientific research and his special interest in Kathryn. Cole finally returns to 1996 and acts to complete his mission.

This unusual and intensely drawn out psychological biological warfare film is set in Philadelphia. Willis gives a movingly awesome introverted performance, while Pitt wraps his character in an over-the-top madman’s cloak and gives a stunning performance. Twelve Monkeys is more a thinking man’s picture than an action one. It’s an antithesis of how The Terminator handled time travel. Screenwriters Janet and David Peoples add much to Marker’s thin version as its narrative touches on insanity, chaos and ecological disaster. Under Gilliam’s deft direction this unpleasant mess turns into a weirdly drawn lyrical work of strange beauty that is impervious to its own bleakness and the mess it made. 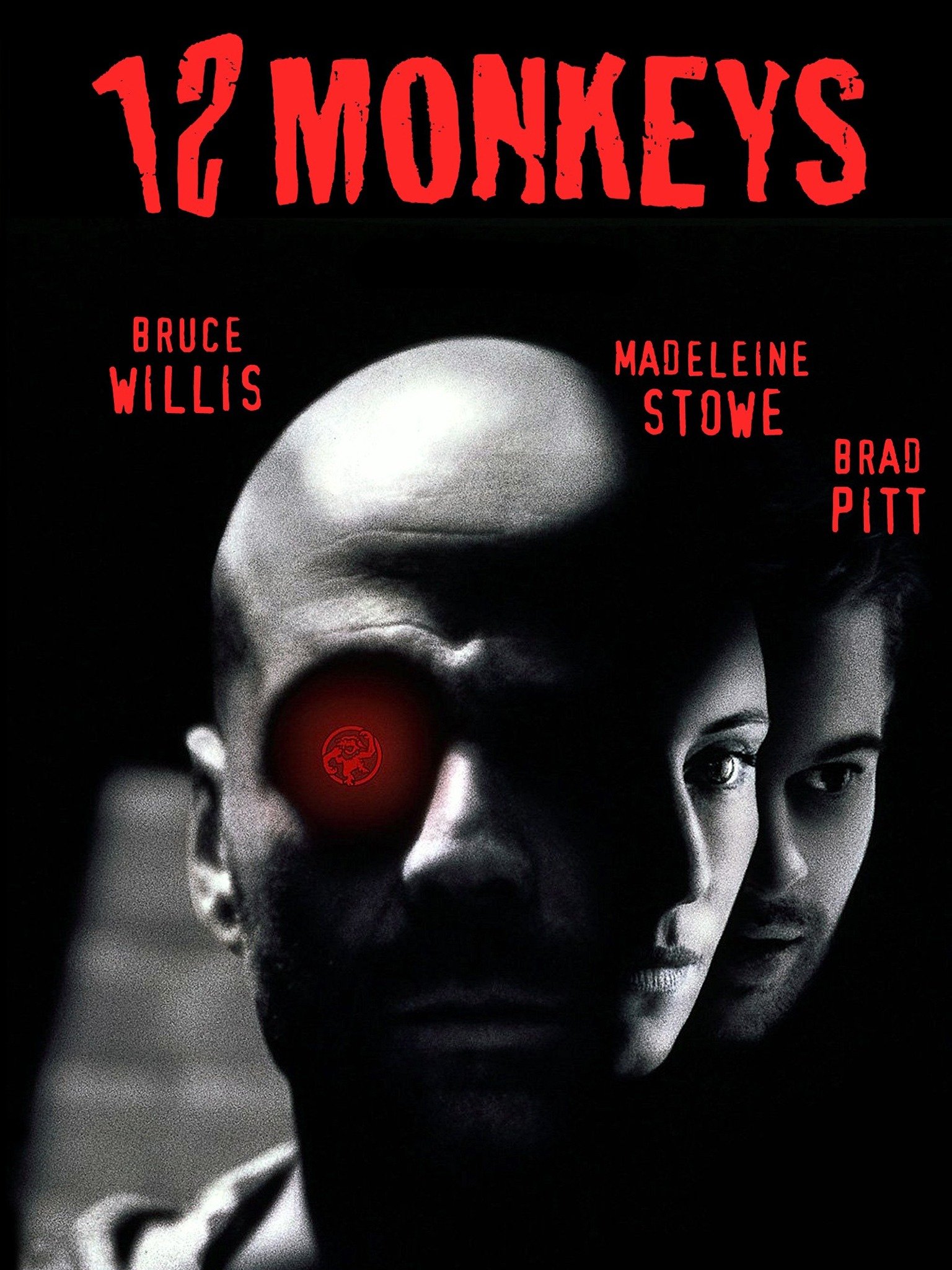