“It’s Woody Allen with gentile instead of Jewish neurotic characters.”

Hal Hartley (“The Unbelievable Truth”) directs and writes his second feature, also a black comedy romance/drama, as he returns to the same suburban Long Island location to once again delve into dysfunctional family life among both the working-class and middle-class. It’s about an unimaginable relationship between two misfits of different stripes, Adrienne Shelly as a high school student impregnated by the high school quarterback and Martin Donovan as an intellectually gifted unhappy electronics repairman and reform school grad with a record of violence. The withdrawn lad walks the streets with a live hand-grenade in his pocket, as he contemplates suicide as an alternative to life. The spoiled brat Shelly drops out of school, her father dies of a heart attack, and mom nags away laying the blame on her–finally giving her the boot. The alienated Donovan quits his boring job in a computer factory-shop, refuses a lucrative one as a television repairman, and stumbles upon the forlorn and disillusioned Shelly (Her jock lover ditched her, a friendly woman who tries to comfort her turns out to be a wanted baby snatcher, and a convenience store clerk tries to molest her). The slightly older Donovan brings the middle-class chick home to meet his bullying blue-collar dad. The couple begin work to deal with their inner demons and forge a trusting relationship, as Shelly makes trust the key to their relationship.

The film combines Hartley’s signature tart wit, deadpan expressions on his characters and staccato style of dialogue with a touching romance story; it’s Woody Allen with gentile instead of Jewish neurotic characters. Hartley makes wry comments on middle-class respectability, and offers a more realistic but darker view on issues such as parental abuse and sexual harassment. It also embraces controversial issues such as abortion.

It’s unconventional, very chatty, not suited for everyone’s taste, but it never flags and does itself proud in catching the true flavor of rebellious teens in the spirit of Ray’s 1955 Rebel Without A Cause. Every few years a filmmaker must take a generational looks at the always troubled teenagers and their relationship with their parents. And, as the saying goes: the more things change, the more they remain the same. 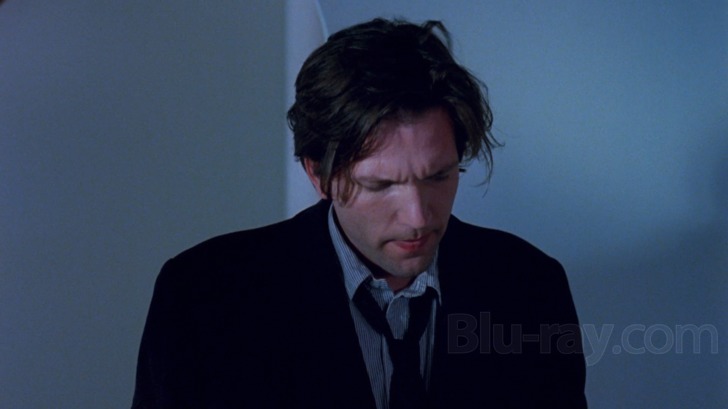