“Capably but too coyly directed by the aged Henry Hathaway.”

A minor John Wayne Western, but it’s the film where he won a sentimental Oscar for a performance where he goes through the motions of playing the part of an ornery old codger but does it in a most pleasing way. That being said, it’s an entertaining and likable film. It’s capably but too coyly directed by the aged Henry Hathaway (“The Sons of Katie Elder”) and written by Marguerite Roberts from a novel by Charles Portis.

John Wayne plays Rooster Cogburn, a hard-drinking, one-eyed, fat, old, former outlaw who has become for the last four years a ruthless federal marshal who has killed 23 men. The gruff old-timer lives with his elderly Chinaman cook and cat, and loves to cheat at cards while playing with the cook. Rooster is hired by plucky but prim 14-year-old Mattie Ross (Kim Darby) to go into the dangerous Indian Territory to look for the killer of her father Frank Ross, a drifter named Tom Chaney who has many aliases. Rooster teams up with the arrogant Texas Ranger La Boeuf (Glen Campbell) who has been hunting Chaney down for the past four months because he killed a state senator in Texas and his dog. “It is a small reward, as La Boeuf explains, “but he was not a large senator.” The odd trio do a lot of squawking before going out together, as Mattie wants to either kill Chaney herself or see him hang in Fort Smith–the place he killed her dad. The ranger wants to take him back to neighboring Texas, where he can receive the accolades from the Texans and the lady he’s sweet on. The trio learn their mission is made more difficult because Chaney joined up with the notorious outlaw gang led by Ned Pepper (Robert Duvall) and his vicious henchmen Quincy (Jeremy Slate) and Moon (Dennis Hopper). Pepper is someone Rooster has a long history with.

The cantankerous Rooster meets up with the outlaws in the badlands and though his reflexes are not as good as they were when he was young and he’s so drunk at one point he falls from his horse, he still can ride with the reins between his teeth, a gun in one hand and a rifle in the other, as he pursues the wanted men.

It’s absurd but Wayne as the character with the true grit makes this into a gritty film. Darby offers a finely tuned mannered performance, and though Campbell is a stiff as an actor he’s somewhat bearable. 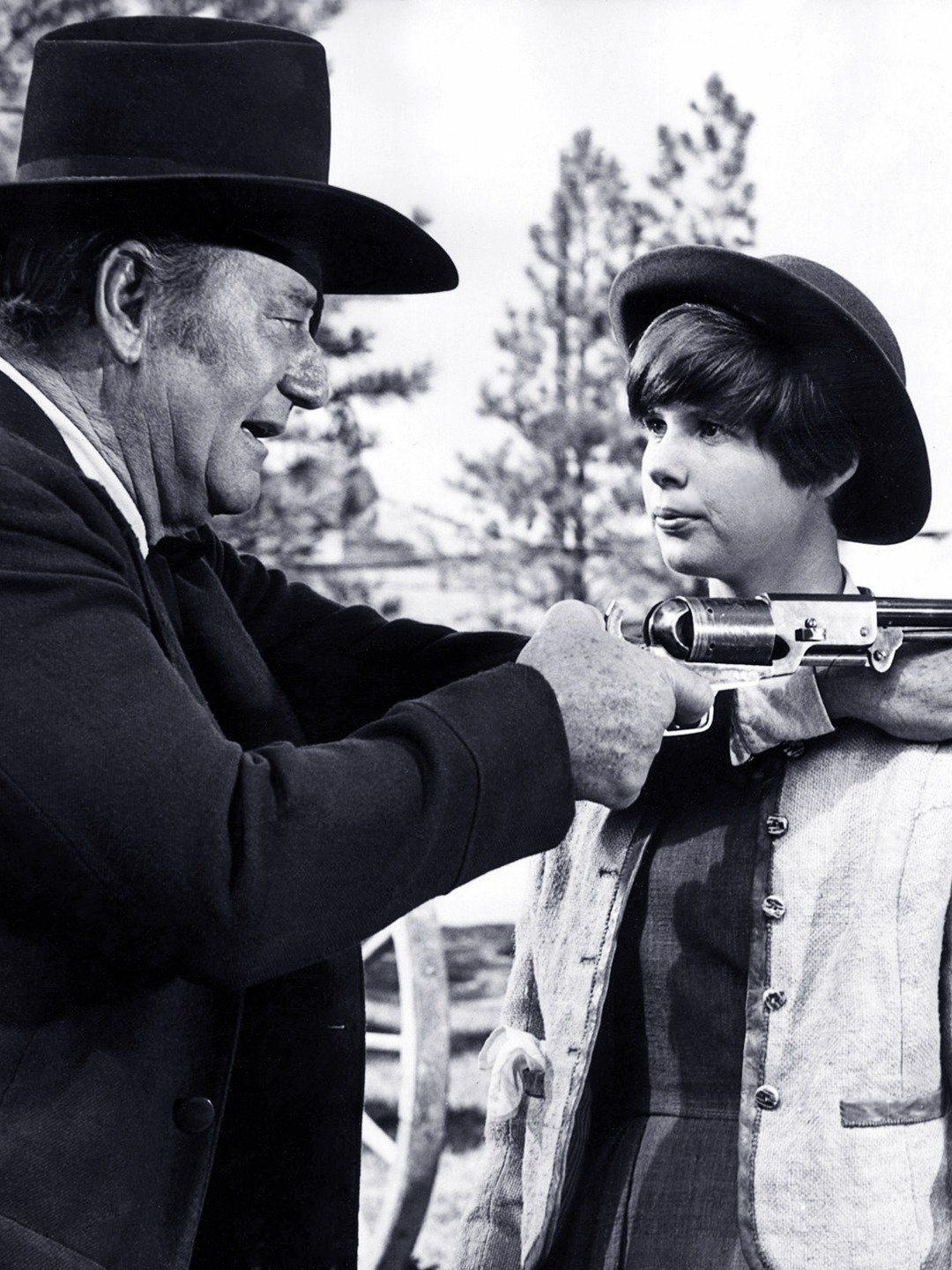