The sixty-something Joan Crawford in her last film. It’s an awful Brit B horror pic, one that fails to get anywhere with its insipid missing link tale of a ‘noble savage’ discovered in a cave that he dwelled in for ten million years. Abel Kandel writes the screenplay based on the story by Peter Bryan& John Gilling, and gets stuck with an uninteresting story pitting a scientist calling for knowledge wanting to save the captured violent Neanderthal Man, called a trog, against the ignorant developer who wants it destroyed because its bad for business. Freddie Francis (“Nightmare”/”The Skull”/”Craze”) makes his most embarrassing movie. Even the monster’s make-up is cheap and unconvincing.

Three potholers, college science students venturing onto unmapped turf in the English countryside, on their freelance expedition, discover a cave no one was ever in. One of the boys, Bill (Geoffrey Case), is attacked and killed, another, Cliff (John Hamill), is in shock, while the leader, Malcolm (David Griffin), brings the traumatized Cliff to the nearby Brockton Research Centre for treatment. The sensitive anthropologist, Dr. Brockton (Joan Crawford), treats Cliff and captures the trog, a half man and half ape creature, and brings him back to her centre after shooting it with a tranquiler rifle. In her lab the caged trog is subject to her corny experiments. After taming the trog, assisted by her daughter Ann (Kim Braden) and Malcolm, the obnoxious real estate developer Sam Murdock (Michael Gough) sabotages her efforts and takes her to court to have the monster destroyed. After losing in court, the vile Murdock breaks into the lab and frees trog.

A manhunt chases down the monster who is on the run across the countryside, and commits such atrocities as hanging a butcher on a meathook.

Joan as a scientist is laughable, as she relentlessly preaches for science and treats the monster as if her pet–even encouraging it to play with dolls. The tiresome film, resorting to campy dramatics, should have been left in hibernation. 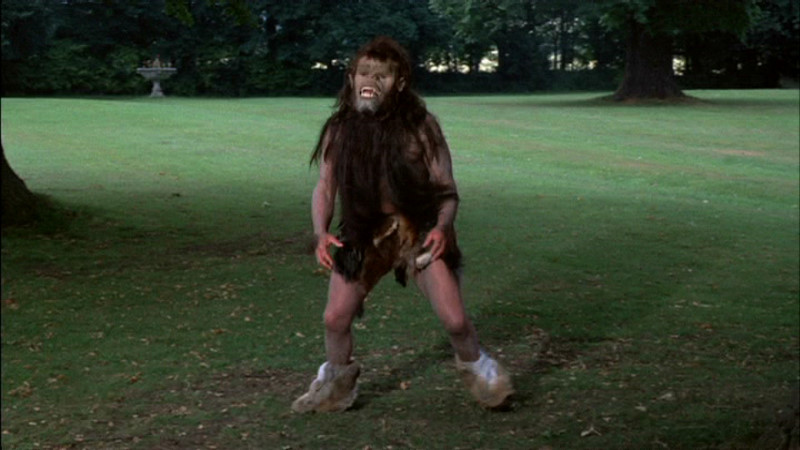