The celebrated Belgium brothers Jean-Pierre Dardenne and Luc Dardenne  (“Rosetta and The Child”/”The Son”) are auteurs of this heartbreaking naturalistic drama about African immigrant children marginally living on their own in Belgium and subject to exploitation. The film was shot in the brothers usual filming turf around Liège.


The 11-year-old Tori (Pablo Schils) and the 16-year-old Lokita (Joely Mbundu), in their first film roles, play immigrant kids living on their own in the industrial Belgium city of Seraing, after they met on a boat to Belgium from Africa and decide to pass themselves off as siblings so they can more easily enter the country. They’re from Benin and Cameroon. Tori is tough and resourceful, while the sullen Lokita already looks old and world-weary.


To survive the kids sell drugs at night for the quietly menacing crooked restaurant chef Betim (Alban Ukaj). They are also in debt to the African smugglers Justine (Nadège Ouedraogo) and Firmin (Marc Zinga). Meanwhile Lokita is desperate to send money to her poor mother back home.

In desperation, when Lokita’s dreams of a better life seems over, she makes a sordid deal with Betim to work on his remote cannabis farm for three months without contacting Tori. While he is determined to locate her – which  puts the two of them in yet deeper trouble.

The sparse film builds on raw emotion and its respect for its victimized kids, as Lokita is paid by Betim for her sexual services.

She must also go through a grueling questioning session by immigration officials, as both kids further struggle to survive in the streets. The police and the bureaucracy are their enemies.

Known for their thorough research, the brothers provide an authentic setting for this fact-based exposé revealing some of the pitfalls of the immigrant experience in Europe.

This is an inspiring film whereby the brothers return to form in showing us the plight of the dark skinned immigrants to Europe (But it also feels like nothing new is here, it’s all been said by them before and the story though still shocking is not as fresh as before).

It premiered at the Cannes Film Festival. 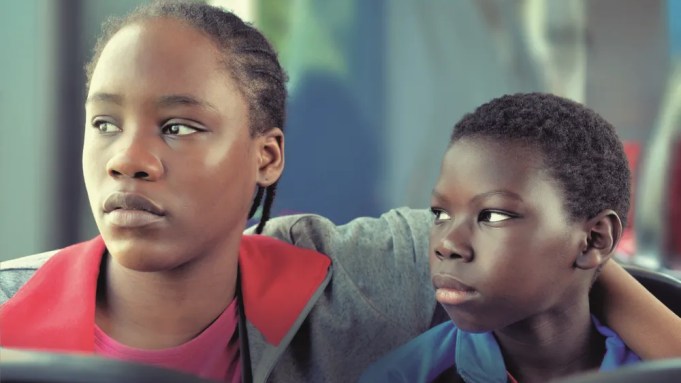