THOSE WHO WISH ME DEAD

“I see it as late-night staple on cable.”

A blazing forest fire thriller, set in rural Montana (but filmed in New Mexico). It’s written & directed by Taylor Sheridan (“Wind River”/”Vile”) in a pulp way with plenty of action, beautiful visuals and a familiar story. It’s based on the 2014 novel by Michael Koryta, who co-writes it with Charles Leavitt and Sheridan.

The middle-aged Hannah (Angelina Jolie) is part of an elite group of firefighters in Montana called smokejumpers, who parachute into danger zones to put out big blazes. Though she tries to put on a happy face, she’s angry and is boozing it up over guilt feelings about the three children she failed to save in a recent blaze due to her miscalculation of wind directions.

The 12-year-old Connor (Fin Little, an Australian, is good in the part), whose mom died of cancer, is now on the run after the execution of his father (Jake Weber), a forensic accountant who discovered political corruption involving the company that has him murdered before he’s called to court to testify. His kid is now on the run from two sociopath thugs (Nicholas Hoult & Aiden Gillen) out to kill him on the orders of the company boss (Tyler Perry).

Connor desperately is trying to reach his deputy sheriff uncle Ethan (Jon Bernthal), who was the former husband of Hannah’s. He’s married now to the pregnant (Medina Senghore).

From her watchtower site, Hannah sees Connor running in the woods and goes to aid the frightened kid. They bond, as the suspense builds as the two hide in the tower until an arsonist sparks a forest fire she must battle.

The mainstream film’s done in by its lack of depth, credibility and its heavy use of clichés. If not caring about the predictable story and in the mood for just an emotional action pic, be assured it’s well-crafted, watchable and bearable. I see it as late-night staple on cable. 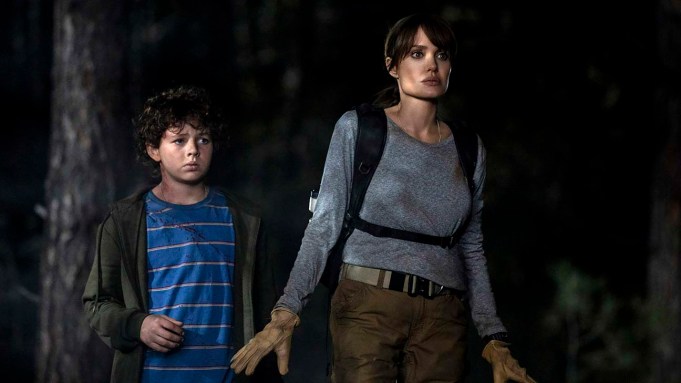