Carol Reed’s (“Odd Man Out”/”The Fallen Idol”) The Third Man is a monumental arty thriller of British noir that chronicles the dark mood of the dispirited Vienna postwar period in a way that rings true with a Casablanca sense of history. It also plays out as a muffled cry for American innocence versus European experience in dealing with war, and as a way of digging into the sticky personae of the new and old cultures. Joseph Cotten as Holly Martins is a naive American hack writer who tracks down the shadowy underground Lucifer figure of Orson Welles’ character of Harry Lime in a postwar Vienna populated by displaced persons, smugglers, spies and suspicious characters of many nations. Holly arrives in Vienna on the promise of a job from his old school friend Harry Lime, but he finds that Lime has recently died in a suspicious traffic accident. At Lime’s funeral, British sector authority Major Calloway (Trevor Howard) accuses Lime of criminal behavior, which gets the goat of the loyal friend who decides to stay to investigate his friend’s death despite the major’s warning he better go home. Holly questions Lime’s associates in this bombed-out city, a cynical group of black marketeers. He soon realizes that the stories he’s hearing are so full of contradictions, that he’s more confused than not. Yet, he remains and becomes dreamy-eyed over Lime’s beautiful girlfriend, Anna Schmidt (Alida Valli, Italian actress), who seems to have loved Harry but has no feelings for his friend–in fact, whenever she runs into Holly she can’t even remember his name.

The Third Man won the Palme d’Or at the 1949 Cannes Film Festival, and was adapted from a Graham Greene novel by the author himself.

Reed structures the narrative around a false funeral for Harry Lime and a tale about mass murders. The unseen Lime, in fact, is still very much alive as he was the mysterious “third man” at the scene of the fatal accident. The body in the coffin at the funeral was not Lime’s but the man who actually died in the accident.

It is soon learned by Holly that Lime is involved in black-market medical supply drug-dealings and is hiding out in an undisclosed location in the rubble-strewn foreign part of town.

It all builds to the movie’s famous climactic confrontation of Lime and Holly in the sewers of Vienna–and the classic final shot, changed by Reed from the happy ending Greene gave it (which greatly displeased the author at first, but later conceded that Reed was right), in which Holly pays emotionally for being the bumbling American and getting involved in something that is over his head. It certainly can be viewed as a slap in the face of American foreign policy, where they do more harm than good with their poking around in foreign countries.

The film’s most striking moment comes at the 3/4 mark when Orson Welles makes his grand entrance and from then on he owns the film. It was one of the most dramatic entrances in movie lore. Welles reportedly rewrote his dialogue to increase his role from a cameo to a meaty one. The most chilling scene is where the shadowy figure of Lime meets Holly at the foot of the Ferris wheel in the empty amusement park, and Welles’ seductive villain role abounds with an overwhelming charged charisma as he dispatches Holly’s decency as a sign of weakness.

Robert Krasker’s expressionistic camera shots make the characters fit the mysteriously baroque view of the enticing desperation of the city, giving the city an uncanny look of fantasy while at the same time it catches its painfully realistic mood of despair. Krasker won the Oscar for best cinematography. What keeps the grim Cold War mood jaunty is the catchy zither score by Anton Karas, that runs throughout as the film’s alternate theme that this is only entertainment and acts as a lighthearted mood change to the gloomy backdrop.

The film has a noted quote by Harry Lime (added by Welles, who said he cribbed it from an old Hungarian play): “In Italy for thirty years under the Borgias they had warfare, terror, murder, and bloodshed, but they produced Michelangelo, Leonardo da Vinci, and the Renaissance; in Switzerland, they had brotherly love, they had five hundred years of democracy and peace, and what did they produce? The cuckoo clock.” 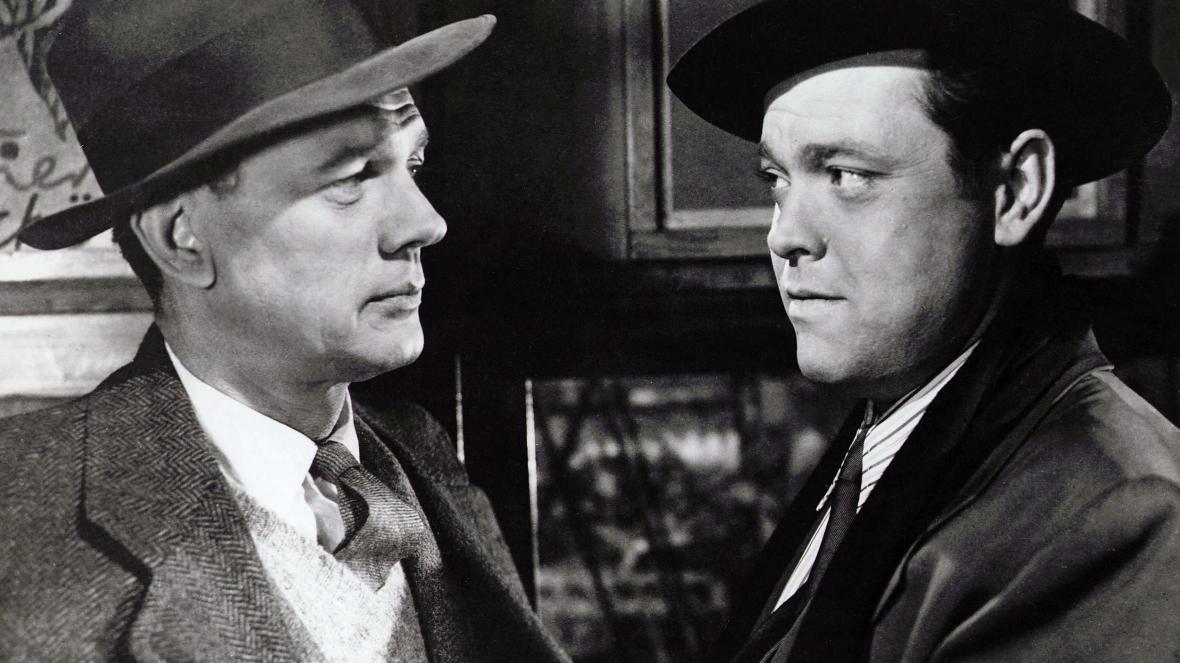 ANNIE GET YOUR GUN