THERE WILL BE BLOOD

“It delivers without question what it promised in its title.”

Writer-director Paul Thomas Anderson (“Punch-Drunk Love”/”Magnolia”/”Boogie Nights”) in an offbeat manner films this ambitious, brooding, grandiose period film about capitalism (an oil man) and religion (a Christian evangelical preacher) joining hands in an unholy alliance to further their American Dream aspirations. They are viewed as hypocrites bent on stealing the oil from the ground and souls from its followers, but who weren’t always like this as they started out likable and able to help others but lost their humanity when they became possessed by their blind urgings. It uses as its background, both the oil fields in Southern California and the stinging church environs of fire-and-brimstone lifted from the Old Testament and the evangelical fervor from the New Testament.

It’s loosely based on the adaptation of the socialist Upton Sinclair’s muckraking 1927 novel Oil!. The blunt morality theme is that money is God and the new capitalists coming from America at the turn-of-the-20th century are God’s messengers for the new order; it delivers without question what it promised in its title.

The obsessed and plain-spoken Daniel Plainview (Daniel Day-Lewis) is a wildcat oil driller in California (filmed in the same West Texas town of Marfa as was No Country for Old Men and Giant), who in 1898 works his pickax hand-dug mine through all hours and sleeps in a tent. Even after he breaks his leg prospecting for silver, he still has enough grit to crawl out of the shaft on his back and go to the nearest town to stake his claim. Daniel by 1902 has struck oil and somehow has acquired an infant H. W. (Dillon Freasier) by taking in the orphan son of one of his workers who died in a workplace mishap. By 1912 — oil is the rage in California and Daniel is an already established oil man bringing in other people’s oil wells by drilling. Daniel bonds with the now 10-year-old H. W., who turned deaf during an oil derrick explosion, and enjoys posing as a straightshooter and the proud family man by bringing the kid around to meet those clients he tempts to lease to him for a nice sum their property for oil exploration. Miffed that he can’t compete against the giant oil companies unless he gets his own stake he soon unexpectedly meets a creepy looking boy named Paul Sunday (Paul Dano), who sells Daniel the information that there’s oil beneath his family’s hardscrabble sheep ranch in the fictional town of Little Boston (the novel mentions the oil strike as being just outside of Long Beach). Daniel immediately gobbles up the Sunday land over the objections of Paul’s pious twin, Eli (also Dano), at least he passes for a twin but that is not certain, and begins to build his oil empire. Eli, meanwhile, establishes himself as the local faith healer and builds the charismatic Church of the Third Revelation. A supposed long-lost half-brother Henry (Kevin J. O’Connor) surprisingly comes into the picture when he shows up on the oil baron’s doorsteps just after he strikes it rich. Their conversations give us a chance to shed some light on our hero’s dark psyche and why he’s so ruthless, as he says such stark things as “I have a competition in me. I don’t like people and want to see them fail.”

The greedy self-made egotistical oil man and the self-serving charlatan egomanical evangelical both build empires, but these two wretched souls remain lifelong enemies that leaves both their lives damaged and them as psychotics both worshiping at the feet of a false God. There’s no hope for these two — but only for H.W., who after abandoned by his father as a child returns to his robber baron father’s mansion while still a youngster after living in a home and in 1927 marries and then leaves his craven father’s place to go to Mexico and become an independent driller.

Anderson’s unique storytelling ability serves as an exciting alternative American history lesson that puts its finger on America’s war within itself, as a call for Christianity and family values is lumped together with a call for materialism and the thirst for oil—which becomes the magic formula for a bloody country bent on personal and governmental violence.

This is one of the more powerful and incendiary films of recent times, that goes forward with a biting fierceness and an unspoken madness as it’s buoyed by its intriguing morality play, its giant theme on a corrupted society and its maddening character study. It seems to be pumping on all cylinders—from the brilliant score by Radiohead guitarist Jonny Greenwood to the superb shots by Robert Elswit of the rugged oil field landscapes to the memorable dark and instinctual biblical performance by Lewis (who wholly inhabits his character and seems to be doing it by channeling John Huston’ Noah Cross in Chinatown). Mr. Anderson’s epic fable about the American Dream begs comparison with other great American classics “Greed,” “Chinatown,” and even “Citizen Kane,” though perhaps it’s not of the same overall merit in spitting out its allegory—as it gets bogged down too much in covering its misogynist main characters, who are used to serve a schematic political purpose.

At a time when oil is king and the untrustworthy oil man and the intolerant faith-based preacher are perceived by many as the villains of much of our misery — this film, through its two shallow villainous characters, who can determine that the other is a hypocrite but can’t see that in themselves, resounds with a striking message that connects the dots on the footloose playing evildoers who seem to have us in their clutches as they go after the prophets or profits. 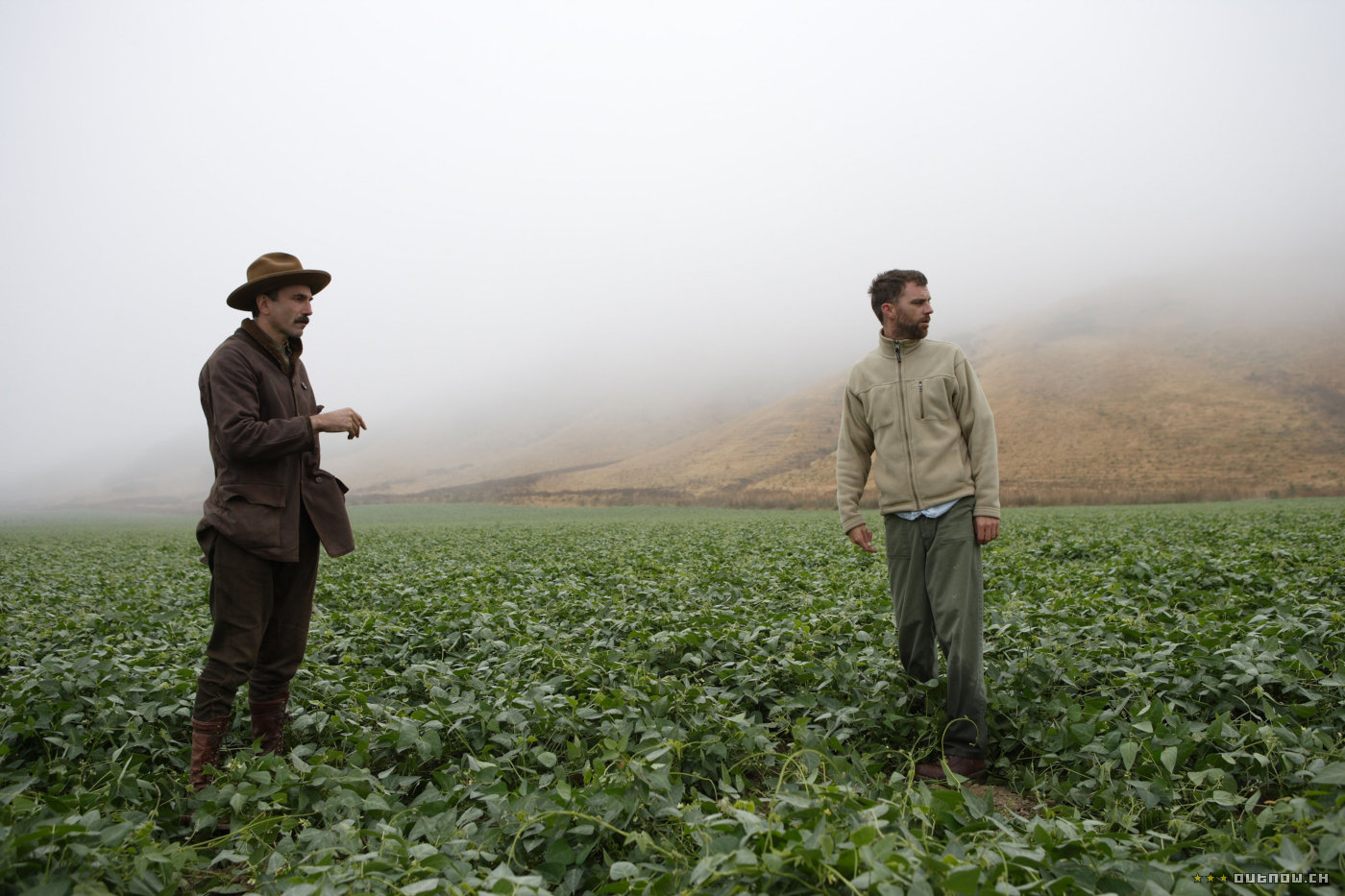