“Mature and Welles do not make it a better flick.”

A comic strip adventure film meant for the drive-in crowd. Itt is directed in a formulaic way by Richard Thorpe (“That Funny Feeling”/”Follow The Boys”), known for his epic costume dramas, and is written by Sabatino Ciuffini, Domenico Salvati, Oreste Palella, Gaio Frattini, Ambrogio Molteni, Julian De Kassel from a story by De Kassel.

It’s set in the Middle Ages. Vikings settlers on the Russian steppes must fight the Tartar invaders.

The fight starts when the Viking chieftain, Oleg (Victor Mature), refuses to join Togrul the Tartar (Folco Lulli) in warring against the Slavs.

A hostage exchange is arranged, but Samia no longer wishes to return to her country since she met Eric (Luciano Marin), the younger brother of Oleg, and has fallen in love with him. Her shame leads to her attempted suicide of jumping off a fortress.

The Tartars respond to the kidnapping by attacking the Vikings. In the bloody war both Oleg and Burandai are killed, and the Viking fortress is burned to the ground. Eric and Samia escape and take refuge on a ship, which carries them to safety in the North.

It’s a bloody routine action exploitation B-film, where the American stars Mature and Welles do not make it a better flick. Though the action sequences are well-staged and the film competently made, the entertaining film was still a stinker.

It was filmed in Italy and Yugoslavia. 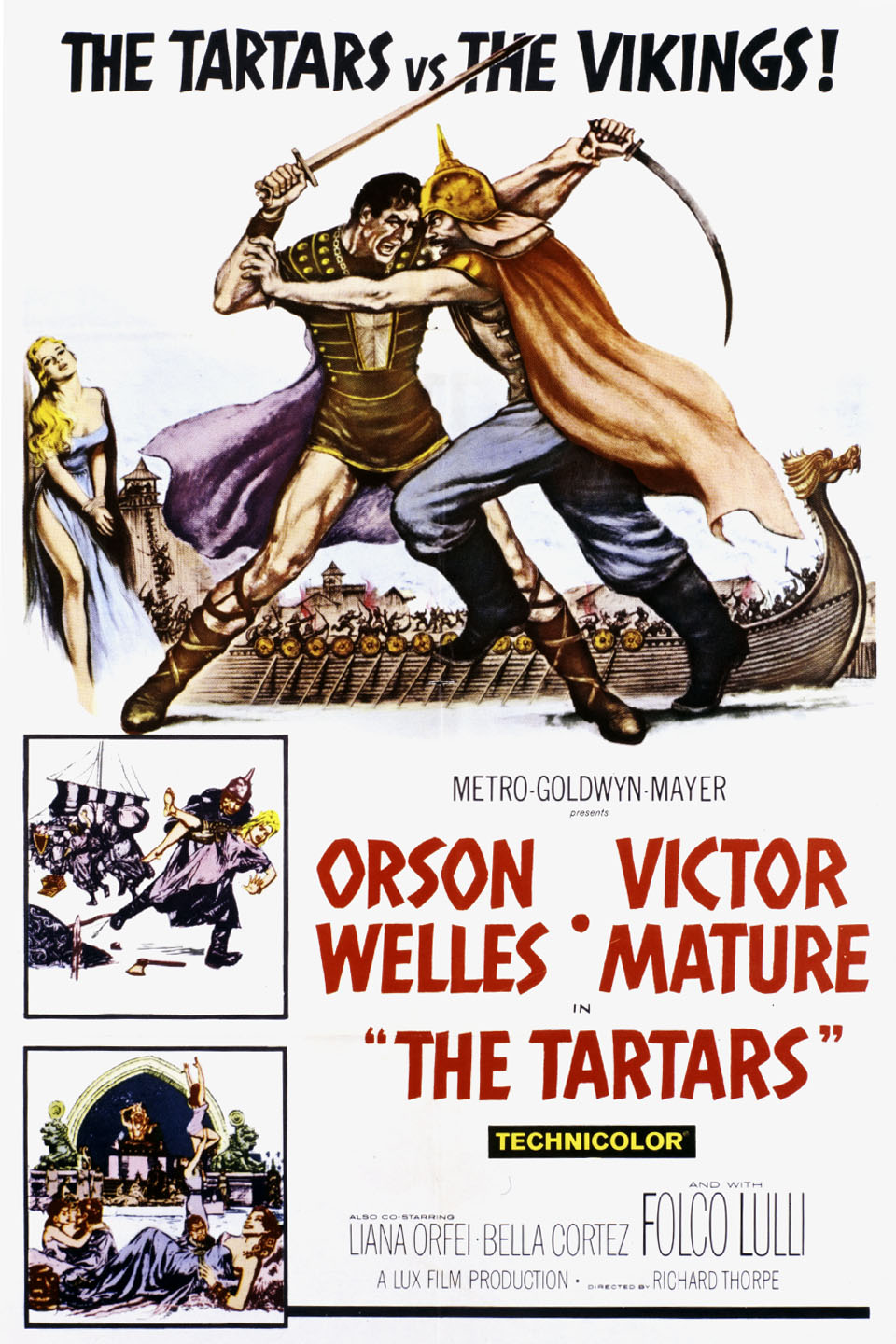 WHY HAS BODHI-DHARMA LEFT FOR THE EAST?

MEN WHO STARE AT GOATS, THE