Toronto-based filmmakerJamie Dagg (“River”) directs this sluggish mood-piece neo-noir indie set in a small town in Alaska. It relishes in its bleakness, where even an Alaska without snow seems grim. The minimal dialogue script is turned in by the China siblings, Paul and Ben, in this character-driven observational film. Ex-rodeo bull riding champ Sam Rossi (Jon Bernthal) has withdrawn from his former celebrity life to be a manager for a small motel he inherited from his brother in the Alaska wilderness. The low-key bearded man, recovering from injuries, is recognized as a former rodeo champ by an edgy drifter named Elwood (Christopher Abbott), who befriends him. What Sam doesn’t know is that he’s a hitman who killed three men in a bar that was closed for the night. The low-rent contract killer stays in town waiting to get paid by the wife (Imogen Poots) who hired him to only kill her cheating husband and to collect the life insurance. The taut script keeps things simple. The leads give good performances. The cinematography by Jessica Lee Gagne is perfectly noir. And the soundtrack by the Blair brothers is fitting. What’s lacking is any point to this well-played out noir set-up. 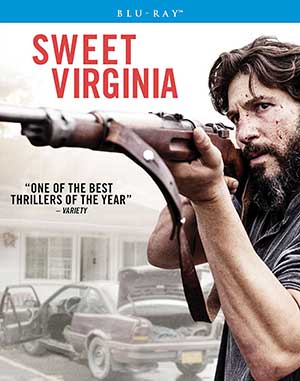