The title was derived from Harold Lloyd’s real nickname. It’s an agreeable silent comedy directed by Ted Wilde(“The Kid Brother”/”Babe Comes Home”), who received an Oscar nomination for Best Comedy Director (though its apparent that an uncredited Lloyd helped in the direction). By the way, that category was short-lived and no longer exists. This was Lloyd’s swan song in silent comedies, a film that’s not bad but not close to his great works like Safety Last and The Freshman.

Speedy (Harold lloyd) is an obsessed New York Yankee fan and a ne’er-do-well who might be innovative but who has trouble keeping a job. His girl friend is the sweet Jane Dillon (Ann Christy), whose grand-father (Bert Woodruff ) owns the last horse-drawn trolley in the city. The gist of the story is about a railroad magnate (Byron Douglas) who desires his track route because of a pending railroad merger and is willing to force him out with rough stuff if Pop refuses his low-ball offer. The city says Pop can keep his track route if he runs the trolley at least once over a 24-hour period.

The comedy routines have Speedy losing his soda jerk job because he can’t deliver the boss’s flowers to his wife in time; a carefree day spent in Coney Island with Jane and coming home with a stray dog; getting too many traffic tickets on a cab driver job and having the Yankee slugger Babe Ruth as a fare; and the highlight finale chase scene where the railroad man has his thugs steal the trolley and a determined Speedy finds it on the other side of town in the nick of time to wildly run the trolley over its designated route while chased by the bad guys.

Maybe, the funniest gag was Speedy getting a seat for his girlfriend on the crowded subway by having a dollar bill on the floor attached to a string in which he lifts when the seated passenger gets up to make a grab for it.

The comedy was mostly tepid, but the affectionate portrait of a no longer NYC and its myriad of great location street scenes caught my interest. 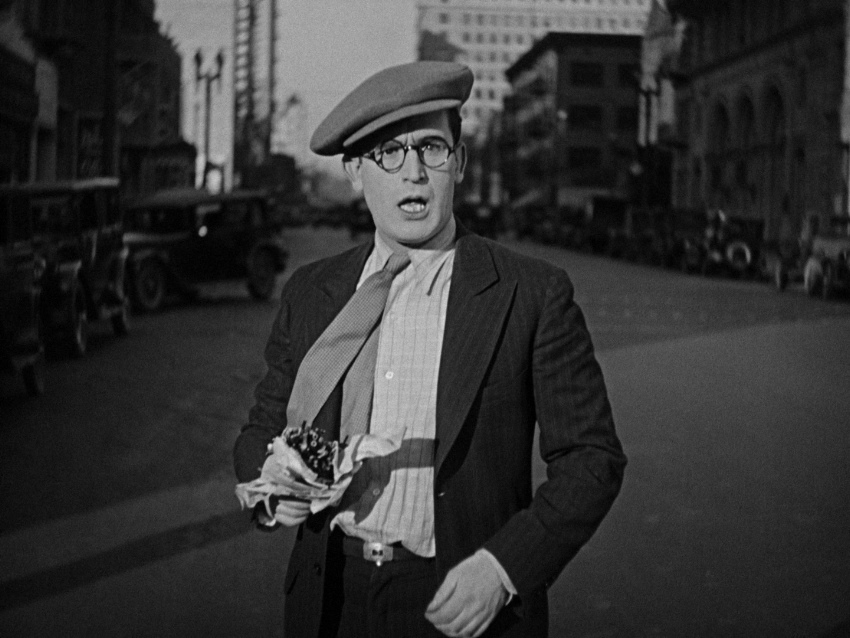