“A bore with nothing much to say about anything and for that matter not much to look at.”

Perhaps the only thing worse than watching a show in a Las Vegas casino is watching a movie about Vegas showgirls that is as hateful as this one. It’s a cartoonish showbiz drama; a feeble attempt at an All About Eve theme about getting to the top in showbiz by any means that goes on to spoof Las Vegas as a morally bankrupt bastion of capitalist America. It does this without the wit and intelligence of Mankiewicz’s film, and by showing tits and ass while at the same time hypocritically spoofing Las Vegas for doing the same. One veteran showgirl tells another “it’s nice to have nice tits.” She goes on to say “we are all whores.” I guess these banal lines said by the bimbo showgirls featured were meant as big statements about Vegas. One showgirl says “not having anybody come on to you” is the best you can expect in Vegas. The men fare even worse. They are seen as criminals, perverts, rapists, assholes, pricks, users, and violent pigs.

This trashy film lets it sink in that Las Vegas showgirls are superficial and that Vegas thrives on its titillating sexual atmosphere to sell itself to the public. There’s probably an audience for this slickster way of looking at showgirls that will find it entertaining as camp. But to think of it as anything more than a soft porn mainstream studio film, is to ignore all the tits and ass thrown in your face for over two hours in an effort to bring you down in the mud where this film is most at home. Since the 40 million dollar budgeted film never had a good story, the acting was stiff (no pun intended), its moral bearings were off kilter, it was devoid of eroticism, and for all its bad-ass attitude it was a bore with nothing much to say about anything and for that matter not much to look at.

It’s directed by Dutch filmmaker Paul Verhoeven (“Basic Instinct”/”Starship Troopers”), who started out making small artistic films such as Spetters, Soldier of Orange and The Fourth Man and has become a commercial whore ever since taking up residence in Hollywood and plying his skills on base films where he sneaks in social commentary, perhaps, to atone for his fall from artistic grace. Joe Eszterhas is the screenwriter, whose visions of lap dancing bring on an unintentionally funny kind of strained humor and a misguided sense that an important cultural statement is being made. The film’s star is inexperienced actress Elizabeth Berkley, a former sitcom kid on TV’s “Saved by the Bell.”

Our heroine Nomi Malone (Elizabeth Berkley) is hitching to Las Vegas, clad in a hot outfit, to become a chorus dancer and forget her ugly past; her ride is a sleazy Elvis lookalike character (Weber), who heartlessly rips off the ingenue. When Nomi throws one of her frequent temper tantrums after realizing she’s been robbed she’s befriended by the only decent character in the flick (I said decent not bright), a seamstress for the Stardust Hotel named Molly Abrams (Gina Raveri). In this film, a reward for being decent results in a gang rape by a star Vegas entertainer and his bodyguards.

By pretending she’s not a stripper or a whore but a dancer, Nomi starts out working in the seedy Cheetah, a topless club, as an exotic dancer working the grind poles and earning extra bread giving lap dances on the side. Nomi’s hot bod, sexy dancing style and bad attitude draws the attention of Las Vegas aging superstar, Cristal Connors (Gina Gershom), who initiates a love-hate relationship while advancing Nomi’s career by getting her a chorus job in the Stardust where she’s the star of a show called “Goddess.” The casino’s entertainment director, Zack (Kyle MacLachlan), moves from Cristal to Nomi with one relationship seeming as cold and artificial as the other one. No one was able to express any real emotions and the narrative was never far from being misogynist.

Nomi is not very likable, and so after her long climb to the top is accomplished it provoked no cheers. When, at last, Nomi questions if it was worth it, the question itself seems misplaced. The outrageous conclusion of personal revenge being justified, was taking cynicism to a new low point. The movie is so illogical, that it is not easy to tell one vile character from another though the point is that the heroine is better than the others in Vegas. In the end, they are all lumped together as one hateful collection of misfits who are as appealing as barracudas baring their teeth in various sexy poses. 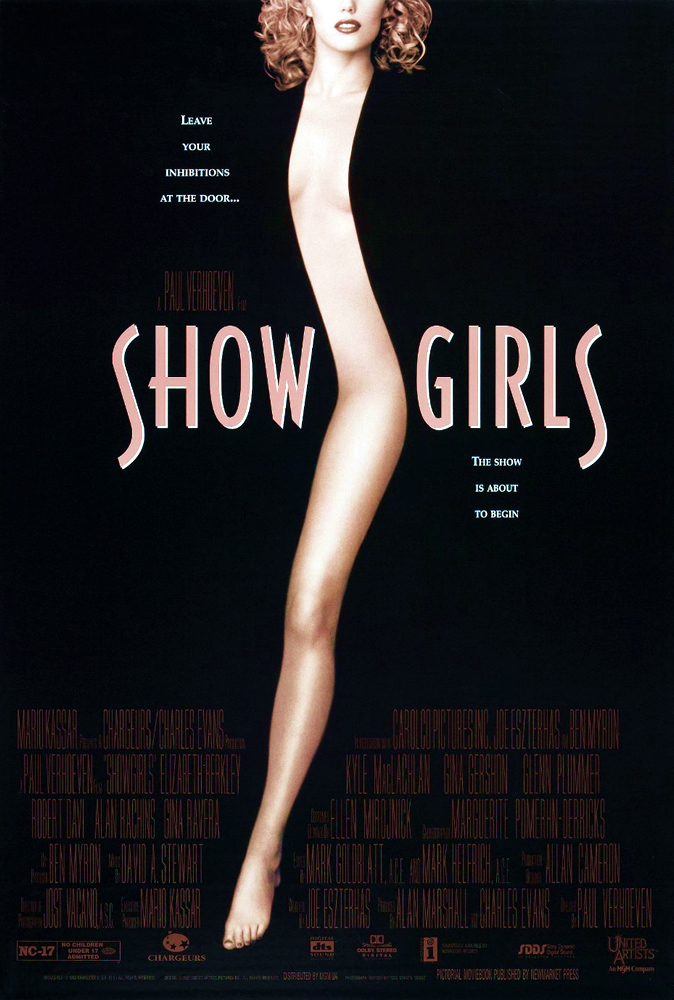