“This one is made for freaks and those who love strange films.”

Writer-director E. Elias Merhige (“Suspect Zero”/”Shadow of the Vampire”) re-imagines the story of Genesis. He shoots it in black-and-white. The brilliant experimental subversive indie is a gory fantasy religious pic. It comes without dialogue or a plot. The unique grainy photography is unforgettable. It has cinematographer Merhige use filters to rephotograph his original images, which gives things a weird look. The ghastly images evoke the likes of Francis Bacon paintings. It opens with an ailing figure living in a shack in the woods, who is referred to as God (Brian Salzberg). Unable to take the pain from his physical ailments, God kills himself by taking a straight razor to his belly and slashing his innards until they spill down his legs and onto the floor. A Mother Earth (Donna Dempsey) figure comes out of God’s entrails and impregnates herself with his dead body, hoping the supposedly divine birth would be a better symbol for the world than the suicidal God. The result is a child, the Son of Earth (Charles Barry), who is taken by mom on a pilgrimage. On the pilgrimage there’s violence directed at the child from passing monks and destruction upon encountering a nomadic tribe. This is not a film for those feint of heart or those who like to know what they are seeing means or thrive on a film that’s so amateurish and so unimaginative. The avant garde film is purposely murky and indecipherable. This one is made for freaks and those who love strange films. Please understand that I say freaks in a loving way. Though technically innovative, watching the disembowelment and the relentless gore was a major turn off. My praise is based on Merhige’s ability to give us such an original film and not compromise his visions. 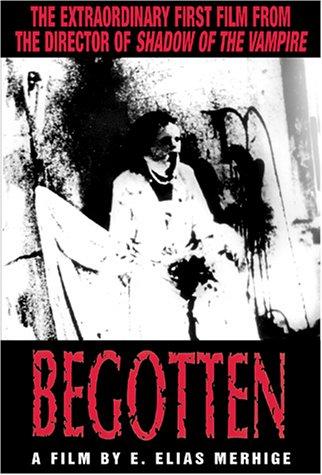 LAND OF THE DEAD

ALL ABOUT THE BENJAMINS