SEA GYPSIES, THE (aka: Shipwreck!)

“It might be a more pleasing adventure tale to the younger set than their parents.”

An uninspiring formulaic family adventure film that promises shipboard tension contrary to a Disney film, but instead descends into a Wilderness Family styled film. It’s by writer-director Stewart Raffill and photographed by Thomas McHugh.

Travis Maclaine (Robert Logan) is a recent widow; a New Age dad who hopes to get close to his two school-aged daughters, the elder Courtney and Samantha (Heather Rattray and Shannon Saylor), and show them what kind of man he is by sailing with them from Seattle aboard his yacht on a round-the-world trek. The voyage is funded by a magazine but the male photojournalist, a knowledgeable sea person who will write about the journey, is sneakily replaced by the inexperienced sea person Kelly–an independent female photojournalist from the same ‘zine. When out to sea they discover spunky 12-year-old black stowaway Jesse (Cjon Damitri Patterson). While on their way to deliver Jesse to the Coast Guard on an Aleutian Island, they hit a severe storm and get shipwrecked somewhere off the Alaskan coast and have to learn to fend for themselves in primitive conditions in this remote spot. While waiting to be rescued, they build an escape craft.

Aside from the gorgeous National Geographic scenery, the adventure story moves along trite and predictable lines. It soaks itself in the value of family life, as the five adventurers and their dog bond. One could poke holes in its contentment that it promotes family values by pointing out that two of the boat party got aboard by taking some questionable moral actions. It might be a more pleasing adventure tale to the younger set than their parents. 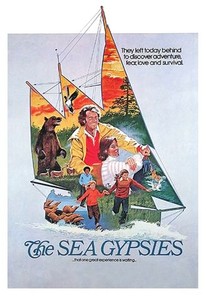 KING OF THE UNDERWORLD