“Not much is convincing about the slackly told Old Dark House story.”

Eric (John Hudson) and the wealthy Jenni Whitlock (Peggy Webber) are newlyweds. Hubby brings wife number two back to the Southern mansion where his first wife died. Soon the vulnerable Jenni, just released from a mental home because of a nervous breakdown, gets a feeling the ghost of hubby’s dead wife are haunting her.It’s actually her sicko hubby’s attempt to drive her crazy by placing his dead wife’s skull in different locations of the estate and then creating some macabre moments by manipulating the skull. Adding to the fright scenes are screeching birds, grinning skulls emerging from the shadows and the eerie sounds of banging on the windows. Not much is convincing about the slackly told Old Dark House story. It seemed more interested in getting down the frights scenes than in telling a good story. 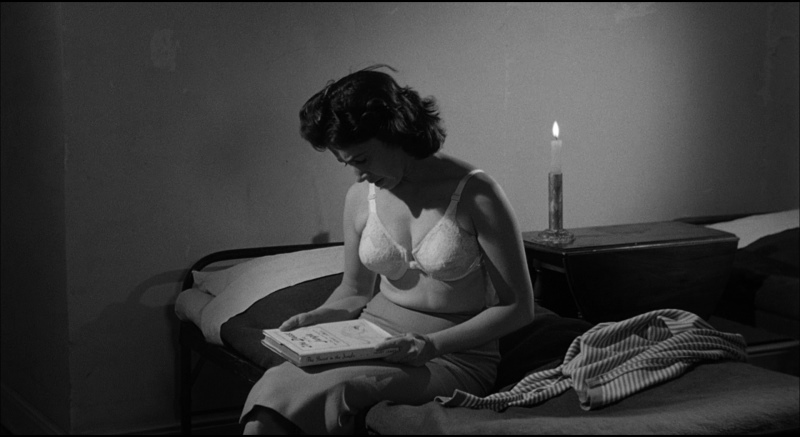