Yves Montand and Catherine Deneuve are not that good doing a Hollywood screwball comedy. It’s a strained effort that’sweakly directed by Jean-Paul Rappeneau (“Swashbuckler”/”Rider on the Roof”/”Cyrano de Bergerac“). It’s also not effectively written by Rappeneau, his sister Elisabeth Rappeneau or Jean-Loup Dabadie.

While in Caracas, Venezuela manic Frenchwoman Nelly Chastellier (Catherine Deneuve), with only four days to her upcoming marriage to the possessive Italian, Vitorrio (Luigi Vannucchi), gets cold feet and decides to skip the marriage. While on the run Nelly steals a valuable Toulouse-Lautrec painting from Alex Fox (Tony Roberts) and uses a fellow countryman, the stranger Martin Coutances (Yves Montand) she accidentally ran into in her hotel, to help her escape her pursuing jilted lunatic fiancee and the theft vic. It turns out the middle-aged recluse Martin is living alone on a South American tropical island as a farmer after the perfume manufacturer ran away years ago from his wife (Dana Wynter). After Martin helps Nelly, who turns out to be a heiress, escape by driving her to the airport and providing the broke girl with a ticket to Paris, she suddenly shows up on his small boat and forces the reluctant bearded recluse to keep her on the island. Eventually the castaways fall in love, but things grow more complicated when it turns out there are also people after Martin.

Despite the attractiveness of both leads, who try hard but to no avail to overcome the awful script and flat direction, the romantic comedy is never more than mildly passable. At best it works as breezy escapist fare. 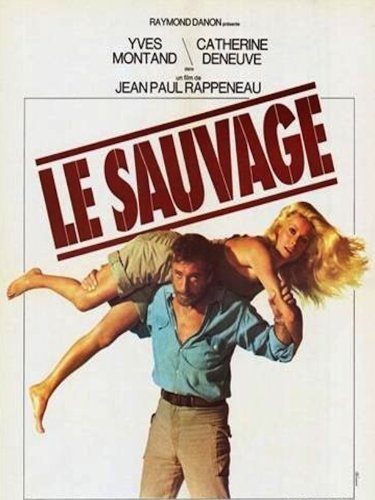