“Though well-acted, well-written and well-directed, it’s still an unpleasant watch that never gets beyond being routine.“

First-time director Lili Fini Zanuck (co-produced “Driving Miss Daisy” with her husband Richard) competentlypresents a seedy and violent scenario involving opposite sex narc partners operating a drug bust in 1970s rural Texas and becoming romantically involved and succumbing to the drugs to the point they become addicts. It’s based on the semi-autobiographical novel byKim Wozencraft, a former undercover drug agent, and is sharply written in a gritty style byPete Dexter. Though well-acted, well-written and well-directed, it’s still an unpleasant watch that never gets beyond being routine.

Kristen Cates(Jennifer Jason Leigh) is a naive idealistic rookie Texas police officer recruited by hardened Sgt.Jim Raynor (Jason Patric)to partner with him to infiltrate the drug ring operated by the violent nightclub owner Will Gaines (Gregg Allman). Their bosses, Larry Dodd (Sam Elliott) and Donald Nettle (Tony Frank), are under pressure to put Gaines in prison because he has hooked on drugs the daughter of a prominent local citizen. Kristen doesn’t realize that to be convincing she has to take the drugs, something not taught at the police academy. Jim, already a user, acts as her mentor. The narcs to keep their cover become strung out on drugs and only crack the drug ring when they pressure petty car thief Walker (Max Perlich) to be their snitch on Gaines.

Ms. Zanuck gets the atmosphere right but never can make the bleak story dramatic or any of the characters sympathetic, as in the end its frontier justice resolution only left me feeling cold and still wondering how ethical it is for undercover cops to use the drugs they are trying to get off the street and that their arrests are based on entrapping suspects. 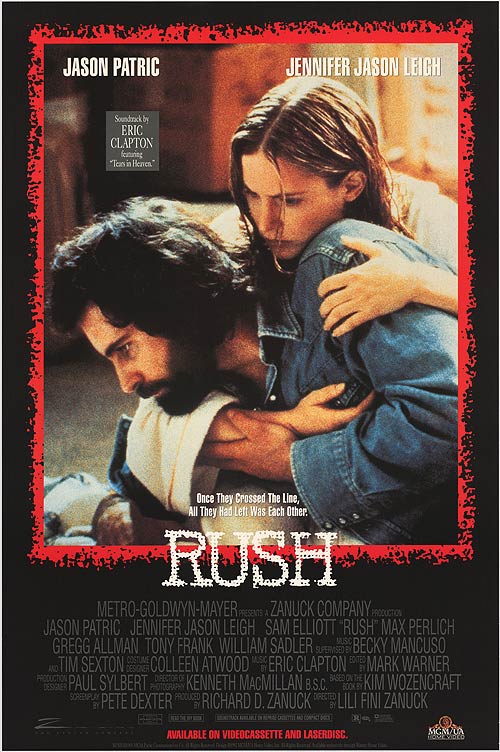