RUNNING OUT OF TIME (Días contados)

“The problem with this slickly done film, is that everything is only surface deep.”

“Running Out of Time” is loosely based on the opera Carmen; it’s a star-crossed love story between a Basque terrorist and a junkie whore. The terrorist is a member of ETA, whose mission is to carry out a series of car bombs in the Madrid area–including the police station. The film’s protagonist is Antonio (Gómez), a sullen young man who never smoked dope and seems to have no life in him except he has some kind of duty to this mission. He sneaks past the check-point guards to get into Madrid by hooking up with a whore, and goes to his rented apartment where he poses as a free-lance photographer. He meets his next-door apartment dweller Charo (Gabriel) when she’s locked out and she asks him to break into her place, explaining that her husband Alfredo knows how to but he’s serving time in prison.

When Antonio can’t open her door she goes to his place to take a leak and shoots heroin in his bathroom, and takes a bath; when she discovers he’s a photographer, she asks him to take nude photos of her in the bath. There will be lots of titty shots and shots from her waist down. Soon her roommate Vanessa returns with the key; and, Antonio, even though he knows he shouldn’t, gets involved with Charo. He meets her untrustworthy pimp, Lisardo (Bardem), and the local drug pusher, Portugues. The girls get money for whoring, and are living a hopeless existence. Charo, even though she’s a whore, only lets men look at her while dancing in the nude.Vanessa gives them blow jobs. Charo tells Antonio she won’t screw anyone else but her husband Alfredo, because he knows how to make love to her. This will not stop Antonio from trying until he succeeds.

When Inspector Rafa and his police team break into Charo’s place and insult the girls, they also hassle Antonio. But he’s much smoother than the bimbo girls and shows them his phony ID card while smooth talking them. When they leave, he warns Charo to watch out because one of her people is an informer. He says the cops know all about her next cocaine deal and party.

The problem with this slickly done film, is that everything is only surface deep. We never read the terrorist’s mind or get to know much about Antonio or why he does what he does. This is strictly an in-your-face film experience, as the director Uribe keeps it at a sensual level and never probes for a possibly deeper story. What this does, is make it a film that was diverting because of the nuanced performances by Gómez and Gabriel. But it doesn’t add anything to knowing the terrorists, or exploring the underground of pimps, drug dealers, whores, and cops who stretch the rules in dealing with these low-lifes. A forgettable film but, nevertheless, an enjoyable one. 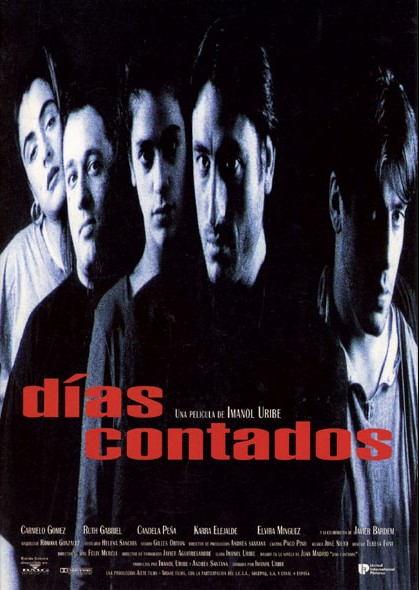