RULES OF ATTRACTION, THE

“It was hard to warm up to anyone.”

An almost faithful adaptation by director/screenwriter Roger Avary of Bennington College graduate Bret Easton Ellis’s lurid 1987 novel about the tumultuous life among some disengaged college students attending a fictitious New England college named Camden. There are some minor point changes and a change in what order the story is told, but it does keep intact the author’s morbid look at the elite youths of his generation. These unhappy and unlikable students do not concern themselves with their studies or careers but are self-absorbed with their sex life, of being gay, their romances, masturbation, of their suicidal nature, and with drugs and booze. There’s lots of angst displayed by these troubled students in their hedonistic search for their identity.

The film is told via flashback from the point of a December “End of the World Party,” where the lead characters are each dealing with their own bad situation — which is mostly self-inflicted from either boredom or from cutting off their brain power to satisfy their vulgar desires. Somehow Avary (“Killing Zoe“– he also co-authored “Pulp Fiction“) manages to keep the story infused with energy despite all its mood swings, as the film maintains a certain amount of interest throughout; though, how its crisis situation is resolved in such a cold-hearted manner left a lot to be desired. There were no warm and fuzzy feelings for the idle rich hipsters sowing their oats or just acting like spoiled juveniles. Their hipster chatter allows them to get away saying such trendy cliché responses as: “let’s Rock ‘n’ Roll,” “deal with it,” and “typical.” There’s no doubt, the film caught the flavor of this type of a student even if it did little else but reflect on another “lost generation” of Americans.

Sean Bateman (James Van Der Beek) is the atypical student on campus who is not only from a working-class family but is the younger brother of the psycho from Ellis’s other novel, “American Psycho.” He is blessed with rugged good looks, but he’s also a vampire-like student drug dealer, an habitual drug user and boozer, and an unfeeling campus sex symbol who owes the townie drug dealer, Rupert (Collins Jr.), a lot of dough from their deals that he doesn’t have and his life is made miserable by the dealer’s violent threats. Lauren Hynde (Shannyn Sossamon) is the freshman virgin co-ed whom Sean has fallen in love with, mistakenly thinking she is sending him love notes. But she’s in love with the wealthy and snobbish drama student Victor (Kip Pardue), who is vacationing in Europe. When Victor returns from Europe and fails to acknowledge her, she declares “that no one can ever know someone else” and she gets drunk planning to lose her virginity to a chatty NYU film student attending the party. Instead she awakens from her slumber to find an unknown townie screwing her and the film student filming it on his videocam, and to add to the rotten experience the townie vomits all over her. Lara Holleran (Jessica Biel) is Lauren’s sexpot bitchy blonde roommate, who loves her cocaine and luring men to have sex with her. She seizes the moment of opportunity and snags Sean for a round of sex, as she enjoys flaunting her conquest. But Sean is too bored to even enjoy the sex, as he starts thinking about his love for Lauren when in the act with Lara. When Lauren walks in on them, she ices Sean by telling him she wants no part of him. Into this odd campus mixture is thrown Paul Denton (Ian Somerhalder), who is bisexual; that is, he once went out with Lauren but couldn’t get it up. He realizes that he’s gay and that he’s madly attracted to Sean, who only uses him to borrow CD’s and smoke his pot. But Paul elicits no sympathy as a good guy, as he shows he doesn’t care much for anyone but himself. He reluctantly helps out a fellow gay student who overdoses on drugs, yet doesn’t really care about him. And, he tries to hit on a straight male even when he’s rebuffed. Paul, like everyone else in the story, is only thinking about Number One.

The film has the dizzying effect of having the action flow in reverse, and it then crosses backward and forward in time by ignoring any logical order until it concludes by coming back to the opening scene at the party. The filmmaker has Lauren and the film student walking backward out of the bedroom and into the party during that opening scene. The story then goes into flashback and picks up with someone pining out loud that his “life lacks forward momentum.” The stories that follow then try to shock, but instead act as a turn off to getting involved with these brats. The students had zero personalities and just seemed like spoiled children of the privileged, who are venting over nothing at all and in the process sound so shrill and empty. It was hard to warm up to anyone, but I believe the rich can always attract interest because many in America dream what it must be like not to have money troubles and live out such an affluent lifestyle.

The film came together in one brilliant scene, where the vacuous Victor recaptures his travels through Europe by reading his postcards sent home which are visualized and given a voiceover treatment telling about his whirlwind travels to all the common European spots of interest, his superficial sightseeing tours, his unfeeling relationships and a series of casual sex adventures, as he conveys how empty he is and how lacking in spirit is his life. That brief scene imaginatively captured in total what the remainder of the film had so much difficulty saying about all the characters, and as far as I’m concerned gave the film the edge it otherwise couldn’t register without being repulsive. 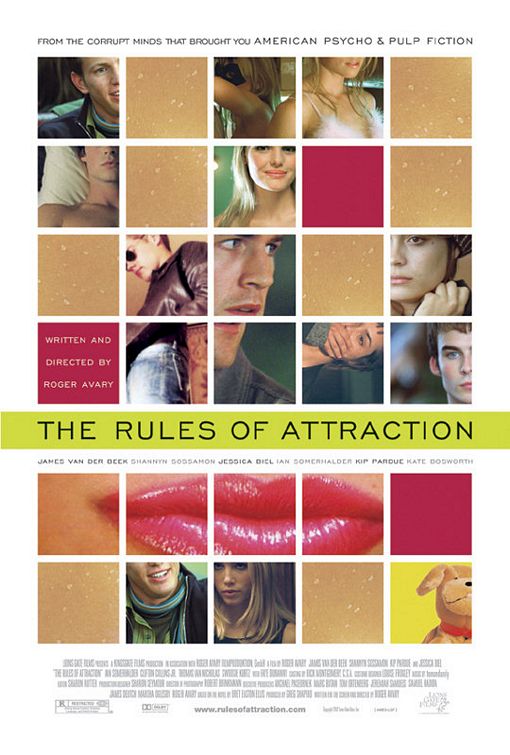