“A tragic melodrama of tortured love.”

Noted pioneering French filmmaker Abel Gance’s (“Austerlitz”/”Napoléon”/”Abel Gance’s Beethoven”) polished follow-up to his smash hit of 1919 J’Accuse. On the day he finished filming, his common-law second wife, Ida Danis, died from tuberculosis. While in mourning Gance visited Hollywood for four months and met D.W. Griffith, who introduced him to new filming techniques. Upon his return to France, Gance used the new techniques to edit his original 8 hour film to one of 144 minutes. The version I saw on TCM was restored to 273 minutes, as it was digitally restored by Eric Lange of Lobster Films for a Flicker Alley Digital Edition from the Blackhawk Films Collection.

La Roue is a tragic melodrama of tortured love, but the film is interesting not for its trite plot but in the authentic railway locations (Nice and the French Alps) and Gance’s innovative montage techniques. French poet/filmmaker Jean Cocteau was so impressed with the film that he said: “There is cinema before and after La Roue as there is painting before and after Picasso.”

It opens during a train wreck in France, where widowed railroad worker Sisif (Séverin-Mars) rescues an English baby and decides to adopt her as a playmate for his slightly older son Elie (Gabriel de Gravone) when he discovers her impoverished mom died in the wreck and her father previously died. After fifteen years pass, both father and son fall in love with the adopted girl, Norma (Ivy Close), but she has been promised to another man. A fight between the two suitors ends in Elie’s death, and Sisif blames her for the loss of his son. After many years pass Sisif becomes blind and the relationship with him and Norma then takes an unexpectedly different turn.

The film’s most technically innovative scene is railroad engineer Sisif driving the speeding train to the city with Norma aboard.

Gance after the opening credits quotes Victor Hugo: “Creation is a Great Wheel, which does not move without crushing someone” (The “Wheel” of the title refers to the Creator’s wheel of life). 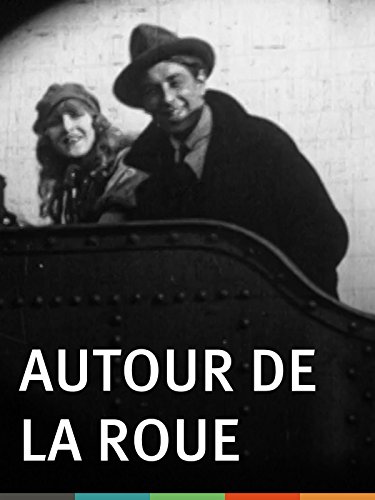