“Passes for a sunny family value film that yearns for a simpler time when large extended families gathered together and made nice to each other.”

Passes for a sunny family value film that yearns for a simpler time when large extended families gathered together and made nice to each other, as children play and adults recall past events and fret over worldly concerns such as sex, regaining a curve ball, coming up with funny material for a standup comedy routine, and making a movie. Director Dan Petrie’s whimsical drama, written by Amos Poe, has the family of afluent widowed writer Levi Rockwell (Burt Lancaster) gather together in his large beach house in the Hamptons to celebrate his 77th birthday. It soon becomes evident that his eight young grandchildren, including an adorable 5-year-old Macaulay Culkin as Cy Blue Black making his film debut, openly love him and are not afraid to talk to him about touching emotional concerns like death, while his grow-up children love him but can’t face his impending death and therefore don’t talk about it. During the long weekend it’s learned Levi has heart trouble meaning he’s near death, that he keeps from his children but not from his grandchildren.

The heart of the film has gramps tell his grandchildren something he never told his own children, that his death wish is to be buried at sea in the same traditional ritual as the Vikings. He wishes that his deceased body was placed in a boat, covered with straw, and taken out to sea on boat that is set on fire, with the funeral guests watching from the shore. The grandchildren dig the idea and spend their time fixing up a battered rowboat they find on the premises as a birthday gift to gramps.

It’s a cloying film that pulls at the heart strings, and makes much ado about youthful exuberance and with the connection they make to their lovable patriarch. It seemed veering on the corny side and strangely macabre considering it sets such a genial mood and suddenly ends with a death.

Lancaster as usual gives a wonderful performance, making his character a lovable and lively one. It costars Kevin Spacey, Bill Pullman, John Glover, Patricia Clarkson, Suzy Amis, Sinéad Cusack, and Frances Conroy as Levi’s many children and their spouses. They range from being neurotics to self-absorbed yuppies, while Lancaster comes off as the good-natured seemingly know-it-all sentimental patriarch whose approval is sought by both his children and in-laws. 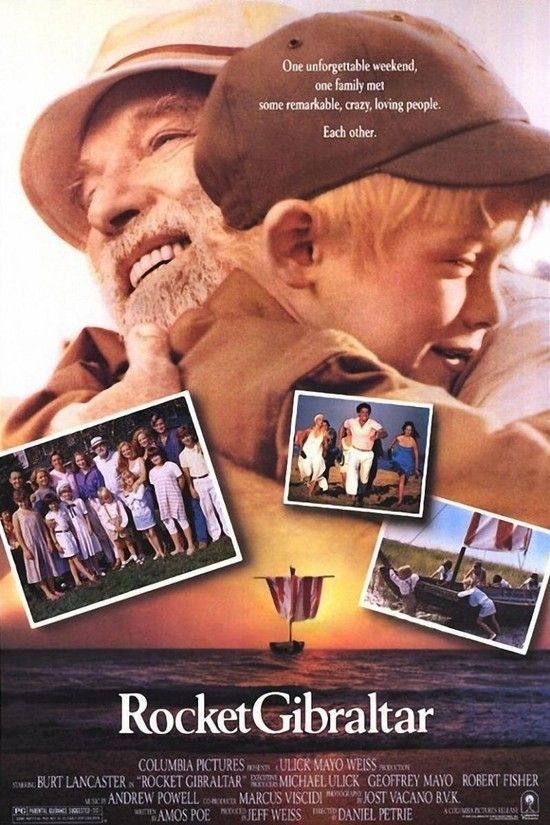