A decent adventure film involving ruthless smugglers. Former cinematographer Guy Green (“Once is not Enough”/”Luther”/”The Magus”) makes his directing debut. Great location shooting in London, a taut screenplay by Rex Rientis, and a fine acting performance by the American Phyllis Kirk, keep things afloat.Police detectives Dan Barker (John Bentley) and Mack McLeod (Leonard White) patrol the River Thames in a launch. At night, in a London pub, the cops meet the American radio operator Judy Roberts (Phyllis Kirk) from the cruise ship the U.S. Mohawk Prince, whose ship docked that day in a London pier. Judy was asked by the ship’s steward (Herbert Ayer) to deliver cigarettes she didn’t know contained smuggled diamond stones to the ex-convict Charlie Williamson (Glyn Houston), waiting on the shore. At the pub the diamonds are passed on to Bert (Patrick Jordan), who passes them on to the courier Maclure (David Hurst). The next day Blake (Ewan Roberts), the head of customs, alerts the police of the smuggling operation and they arrest Judy for smuggling the gems. When the smitten Dan learns of this, he gets Judy released and follows her, hoping it will lead to the gang ringleader. 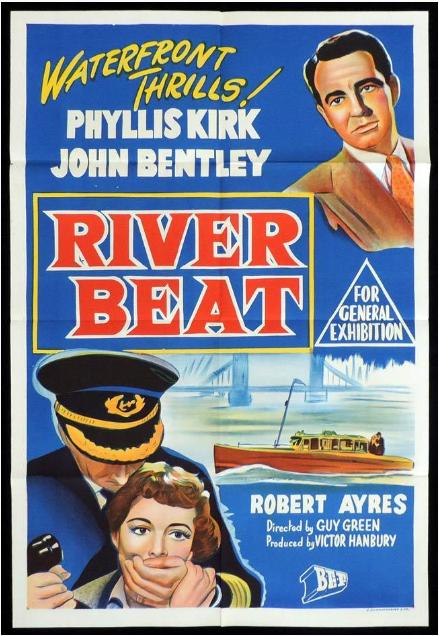