Victor Buhler’s earnest nonjudgmental documentary takes place behind the bars of NYC’s infamous Rikers prison, where there are roughly 14 thousand inmates and 2 thousand are under 18 and housed in a juvenile facility. The film focuses on three articulate youngbloods: aspiring rapper William Santiago, graphic artist Andre Blandon, and the school’s philosopher valedictorian Shawn Johnson. They are all doing approximately a year’s stretch during 2003/2004 for crimes ranging from arson to robbery. All juveniles must attend a school called the “Island Academy.” The school aims to have its students pass the GED and improve their reading scores. The main focus of the film is showing the students interacting with dedicated staff members (counselors, social workers and teachers) and the three inmates featured trying to pass the time constructively despite their hostile surroundings and inner demons.

The film has access to what happens behind bars and it gives us a chance to see how classes are run and hints at the underlying violence. At one point it shows inmates smoking weed in their living quarters. The inmate population is almost all black, and one of only a few whites tells of being repeatedly jumped in the bathroom.

After witnessing a graduation ceremony for those few who got a GED, that includes Andre and Shawn, we learn that there’s an 80% recidivism rate, there are only limited opportunities in the job market to former inmates, and that the real world is still a very difficult place for them to navigate. It all seems so bleak and almost completely hopeless. The three inmates followed report no success when released from prison, though in the follow-up that comes a few months after their release none has returned to Rikers (Santiago is busted for showing up positive in a drug test administered by his probation officer). The film clearly shows the former inmates are pretty much on their own in the outside world and subject to the same temptations that landed them behind bars in the first place.

The film never reveals answers to make things better, but in an understated way indicates that there must be changes–keeping the status quo is apparently not good enough, as the end credits point out there are 135,000 youngsters in the country currently in prison. 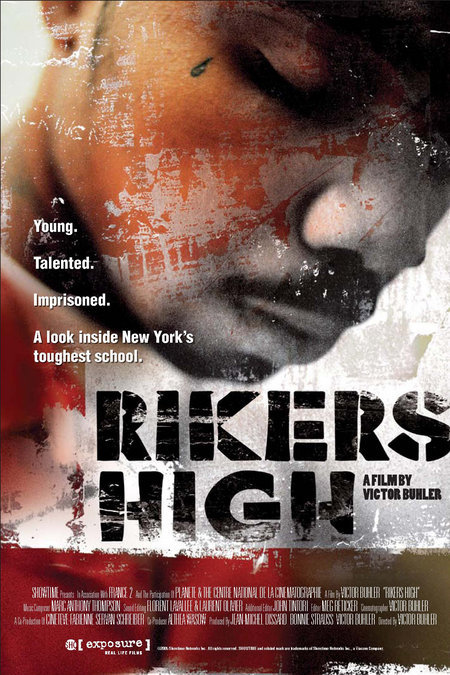