RIDERS OF THE DESERT

Bob Steele, who plays the hero Bob Houston, is directed by his real-life dad Robert N. Bradbury, in this action-packed routine B Western. It’s primitive and the story is implausible, but it conforms to the conventions of the genre and the action scenes are exciting. The script is by Wellyn Totman. The highlight of the film is the drawn out climactic gun battle on the cliffs.

Houston returns home from college riding shotgun on a stagecoach to see his Arizona Ranger dad (John Elliott) in Apache Gulch. The stage is robbed of its strongbox and the driver is killed, while Houston only receives a slight wound. In town he’s informed that the governor has ordered the rangers to be disbanded. But they pretend not to have received the request in time and ride out in pursuit of the gang. They capture the gang leader Hashknife Brooks (George ‘Gabby’ Hayes), but he soon escapes from prison and has returned to Apache Gulch to get the stagecoach gold. The Arizona Ranger captain, Jim Reynolds, is shot in the back. Though disbanded, the rangers unofficially gather together to recapture the gang.

Houston captures one of the gang, Apache Joe, who shot a ranger called Bucky riding to join the gathering rangers. The rangers take their prisoner back to Houston’s ranch to get him to talk. Instead of leading them to Hashknife’s hideout, he leads them to Devil’s Pass planning to lead them into a trap. But Slim (Al St. John) and Houston trail Apache Joe’s cohort, Gomez, and follow him to where Hashknife has taken Houston’s dad and his girlfriend Barbara (Gertie Messinger), the niece of Jim Reynolds, in order to get them to tell where they hid the stagecoach gold.

Houston gets the help of the friendly Indians on the reservation to capture the gang, and later rescues Barbara, with the help of Slim, from the clutches of Hashknife. The outlaw has found out where the gold was hid and is trying to kidnap the pretty lady. 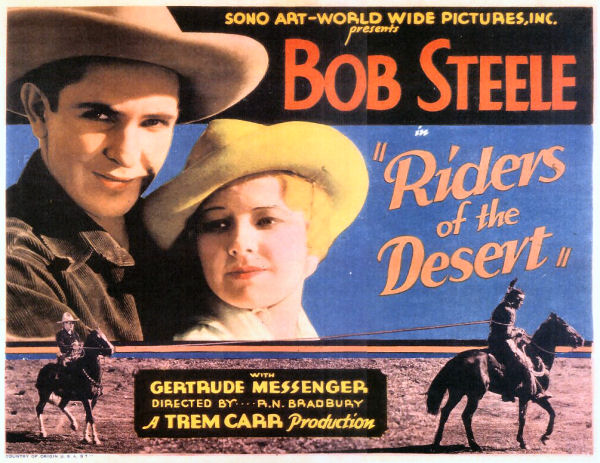