A touching heartfelt film by the octogenarian legendary Japanese filmmaker Akira Kurosawa (“Dreams”/”Ran”/”Red Beard”) about the evils of war, the need for past enemies to forgive each other in reconciliation and of never forgetting the war experience because of the importance of not repeating the same mistakes. It’s Kurosawa‘s most personal film and though not one of his best, it nevertheless was his most moving one. It’s based on the novel “Nabe no Naka” by Kiyoko Murata and is written by Ishirô Honda and Kurosawa.

Four sweet lively teen-age children from Tokyo spend their summer holiday with their out-of-touch elderly grandma (Sachiko Murase) in her farmhouse in the countryside outside of Nagasaki, while their parents (Hisashi Igawa & Hidetaka Yoshioka) are in Hawaii visiting the old lady’s estranged dying wealthy oldest brother Shinjiro (Mitsunori Isaki) on his vast pineapple farm. Granny comes from a large family and it seems never knew her oldest brother, who emigrated to Hawaii in the 1920s. Clark (Richard Gere) is the Japanese-American son of granny’s brother, and her unknown nephew visits the old lady when he learns that her teacher husband died on the second atomic bomb blast on August 9, 1945. The kids’ parents fear Clark will not want to be reminded of the American bombing, the reason he was not told his uncle’s death was due to the A-bomb, as they fear they will not get the cushy jobs with his planter company as promised on their visit. But when the nephew arrives in the old lady’s house he bonds with his at first apprehensive cousins and is warmly received by the old lady despite her misgivings about Americans.

Kurosawa’s humanistic message film, told without rancor, relays to the sensitive viewer that the dropping of the atomic bomb affected greatly the people of Japan and that even after 45 years the deadly event has not been forgotten by those who survived that day, even if the young Japanese might not understand all its consequences since becoming so comfortable in the post-war period with the American pop culture and wearing T-shirts with the names of American cities and universities. For Kurosawa the war itself is to blame for the Bomb rather than the Americans, who merely wished to end the war as soon as possible to avoid more American casualties. 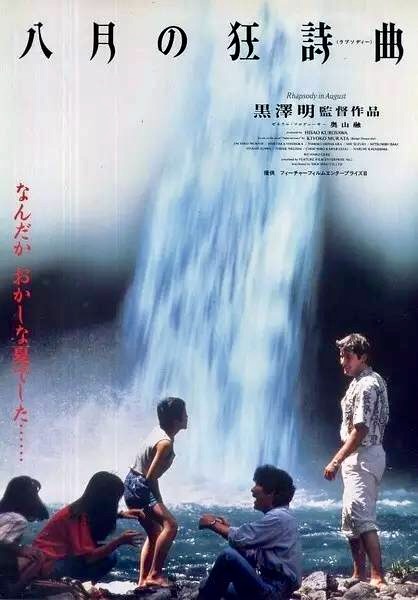