“The cast must get an A for effort.”

“Star Wars” creator George Lucas co-wrote and was executive producer of “Radioland Murders,” a misfire of a kitsch farce directed by comedian Mel Smith. Which proves you can’t win every war, even if you’re Lucas. But the visuals were splendid, the fast pace kept things moving, and the cast must get an A for effort.

The film is set in the Chicago of 1939 at a newly created radio station WBN, which is to rival the big three broadcasting giants. Mary Stuart Masterson is the station’s efficient secretary who deals with unhappy sponsors, a demanding boss, personal problems with her estranged husband Brian Benben, a staff writer, who is trying to win her back, and for the most part with a string of murders–starting with the murder of a cast member. The deal is that Benben’s troubles began when caught with a showgirl, which he claims was a setup. When the radio cast begins getting knocked off one after the other Benben is the prime suspect the police, led by Michael Lerner, chase after, even though he claims to be framed.

It’s all rather shrill and not that funny or witty, a freewheeling exercise in nostalgia and an hommage to those frenetic screwball comedies of the 1930s. But this one you would most likely switch off if it was on radio, as the dialogue was lame and the script just didn’t hold together cohesively. Only Anita Morris in a supporting role as the vamp singer and a comedy turn from Michael McKean as the orchestra leader, took away some of the sting from sitting through such a flat production.

The beauty of the film for me is that its idea of comedy and nostalgia are of such a low-level slapstick kind that it is actually funny in a way that the filmmaker had probably not intended. A bad film that can be relatively enjoyable with the added pleasure of some innovative special effects and gimmicks conceived in honor of George Lucas. 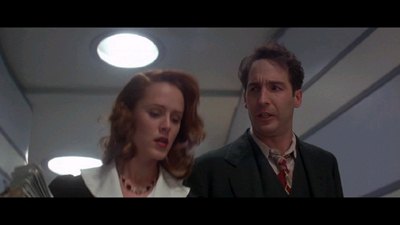 CASE OF THE BLACK PARROT, THE