“It’s a wonderfully goofy movie that was a fun watch.”

I don’t think it would be going out on the limb to compare the serendipitous love story of Quiet City with Richard Linklater’s romantic pick up film Before Sunrise (1995). Director-writer-editor Aaron Katz (“Dance Party, USA”/”Let’s Get Down to Brass Tacks”) keeps it minimalist and contemplative, following the American indie films known as mumblecore films—”Hannah Takes the Stairs” being a prime example. Katz writes it along with the film’s stars Erin Fisher and Cris Lankenau.

The attractive Jamie (Erin Fisher), just arriving from Atlanta, is lost at night at a deserted subway stop in Brooklyn. She’s asks directions for Daisy’s diner from the lone young man exiting the station, Charlie (Cris Lankenau), and he walks her to the diner. She’s supposed to meet her friend Samantha, but the space cadet is a no show. The shaggy- haired slacker keeps the nervous girl company, and when it gets late she accepts his offer to crash in his apartment. Jamie relaxes when she feels more comfortable that the depressive Charlie is no ax murderer. She sleeps over, but there’s no hanky panky.

Over time the two inarticulate lost souls engage in small talk and show off their extensive modern day vocabulary by saying things such as “awesome,” “cool” and “chill out.” We learn Jamie’s a waitress at Appleby’s and has a jealous boyfriend who hangs up after he reaches her on her cell and learns she’s with Charlie, and that the easy going slacker Charlie is out of work and trying to get over a recent breakup with a teacher who returned to her native Alaska.

The next day Jamie recalls Samantha’s address, but she’s not home. After playing in Prospect Park, they visit Charlie’s newly engaged friend Adam (director Joe Swanberg) to retrieve a hat Charlie lent him a long time ago and get served cole slaw. At night they attend a Park Slope gallery opening for Jamie’s college friend Robin (Sarah Hellman) and Charlie meets his garrulous, tacky school friend Kyle (Tucker Stone), who is dating Robin. Later they get invited to a party by Robin that goes all night, and return home by subway with Charlie nodding out and Jamie resting her head on his shoulder. The film ends at this point, and who can say if this is a love connection or not. We might know more tomorrow or in a week from now, but we should be satisfied in knowing at least that these two recent college grads both appear to be sweet people but are filled with loneliness, insecurities and anxieties. They are also uncertain about such things as love, the future and their careers. That there’s hope, is mostly because they’re young and seem to be honest and unafraid to take chances.

It’s a wonderfully goofy movie that was a fun watch, filled with engaging natural performances and likable characters. But be warned, it’s as far removed from a Hollywood romantic film as Brooklyn is from Alaska. 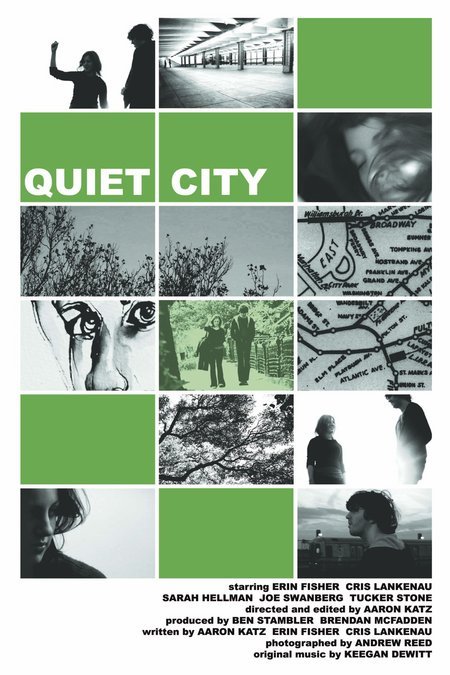