“There’s no doubt that Mirren is Queen Elizabeth and Sheen is Blair.”

Director Stephen Frears (“Liam”/” Dirty Pretty Things”/”My Beautiful Laundrette”) and screenwriter Peter Morgan (co-wrote The Last King of Scotland) take justifiable liberties with history as they base their intelligent and highly entertaining political/comedy/family docudrama on the worship of celebrity and demands on the royals in the aftermath of the auto accident death in Paris, on August 31, 1997, of the 36-year-old Diana, Princess of Wales. It nimbly highlights the role of the newly elected Prime Minister of the Labor Party, Tony Blair (Michael Sheen), and the Royal Family in how they deal with the national tragedy, and concludes that the keen advice given by the political savvy PM saved the monarchy during that balmy time from further decline after their many early blunders in not acknowledging the overwhelming public response to Diana’s death.

The filmmaker speculatively peeks behind the closed doors of Downing Street and Balmoral castle in Scotland during the hectic seven-day period of the nation’s mourning for the people’s princess (showing newsreel clips of grown men, who did not know the princess, crying in the streets outside Buckingham Palace) and zeroes in on an idealistic PM set on being a “modernizer” bump heads with a stuffy and old-fashioned rigid traditionalist Queen Elizabeth (Helen Mirren), now witness to the tenth PM in her reign, who feels it’s not dignified for a queen to wear her heart on her sleeves. The queen and a grouchy Neanderthal-like Prince Philip (James Cromwell), not admirers of their divorced daughter-in-law and apparently not overjoyed with all aspects of democracy, foolishly think that by laying low all the public furor will soon pass over. Prince Philip puts his foot in his mouth when he reacts in private to the outpouring of love at the funeral by saying: they’re but a “a chorus line of soap stars and homosexuals!” While the half-dead Queen Mother (Sylvia Syms) grouses about her internment plans disturbed by Diana’s funeral.

Frears interjects the supposition that Blair phoned the Queen three times before she agreed to fly the Royal Standard at half-mast over Buckingham Palace or agreed to perform on television expressing her feelings of loss as both a queen and ‘as a grandmother’ or agreed to a state funeral after insisting on a private one or agreed to leave her country estate in Balmoral to be in London grieving in the open with the public. These suggestions by the PM helped humanize the queen and allow the public to once again support her.

The film goes past being just about those bizarre seven days that justifiably or not witnessed the flawed princess lionized by the masses, as it connects Blair with a perplexed and pathetic Prince Charles (Alex Jennings) who also wants to get out of his mother’s shadow and go more modern under the wings of the popular new PM. Blair, arguably one of the brightest politicians of the last century, represented the best chance for the country to go through a needed reform period and gain a shot in the arm. During those trying days the PM had what it took to work with the queen and be in tune with the public (who wanted their traditions along with sensible changes); it wasn’t until Blair hooked up with Bush 43 and his unscrupulous team as a partner in the Iraq war, after taking the American president at his word that he would bring reform to the middle-east, that the reformer’s popularity diminished and his star has begun to fade as the war became increasingly hopeless and mismanaged. Frears lets us see Blair at the peak of his powers working with an insulated queen, and by suggestion lets us know that in the post 9/11 period he is in the queen’s former position and could have used advice from someone like the queen to help him see how clueless and intransigent he has become about the war effort.

The strength of the film, which is the best one Frear has made to date after a most promising early start in his career but suffering from a let down in many of his later films, is in the magnificently witty performances by the impressive ensemble cast; there’s no doubt that Mirren is Queen Elizabeth and that Sheen is Blair. I was also thankful that there was no conspiracy-theory suggested for Diana’s death, as whenever possible things are kept real. The film worked well going into detail over royal ceremony rituals, pointing out the role of the media in a democracy and the need to not get so rooted in the past that anything modern is looked upon with suspicion. The brilliant character study, in what’s a basically plotless film, wisely integrates archival footage and newsreel clips of an active Diana into the narrative and that allows for a creatively bold dramatic agenda to unfold and grounds the film in all the reality it needs for it to be such a biting satire (effectively using dry wit as it contrasts those cheeky young advisers around Blair with the clueless dull royals). 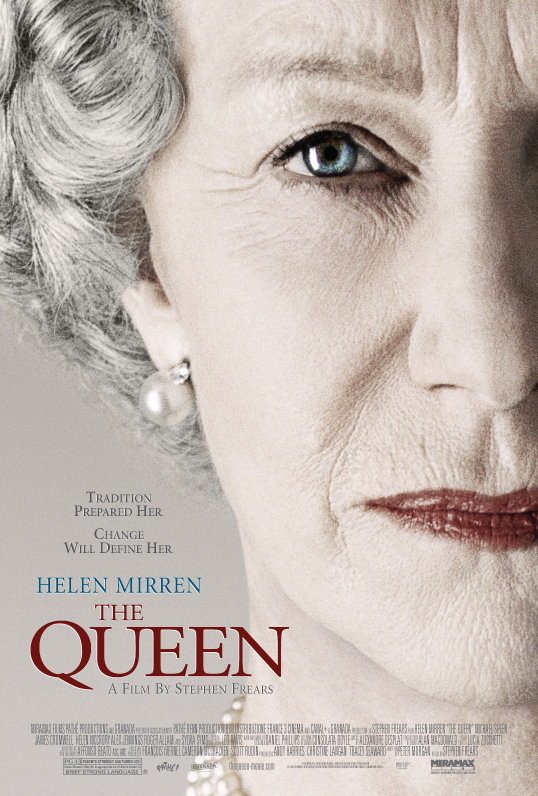