A routine film noir narrative with a moral lesson tacked on that is stylishly directed by Don Siegel (“The Lineup”/”Madigan”) and sharply photographed by Burnett Guffey. The script is by Collier Young and his then-wife Ida Lupino, whose company produced the movie.

An elevator robbery takes place in NYC where someone is murdered and $200,000 in marked bills is stolen. A year later a hot $50 bill is recovered from a drugstore heist in Los Angeles. Sergeant Cal Bruner (Steve Cochran), while off-duty, daringly interrupted the robbery-in-progress and killed one of the armed robbers and arrested the other–a junkie. The passing of the bill is traced to struggling night club singer Lilli Marlow (Ida Lupino), who tells detectives Bruner and Jack Farnham (Howard Duff) that an Emerald Club patron gave it to her as a tip for singing “Smoke gets in your eyes.” Captain Michaels (Dean Jagger) assigns the detective partners to stakeout the racetrack with Lilli, the only one who knows what the possible killer looks like, to see if they can spot the big tipper. While on assignment carefree bachelor Bruner falls for Lilli, and the two become romantically involved. But even though she’s attracted to him, she sees no future in marrying a cop. After Farnham’s nice homemaker wife Francey (Dorothy Malone) finds out a cop in hubby’s precinct got killed in the line of duty, she worries about how their baby would be raised if something happened to hubby. Both cops are upset over their low pay for such dangerous work, and are envious of others in the community who have so much more material things than they do.

After a week at the racetrack Lilli spots their man and the detectives go on a high-speed car chase up a rural mountain road. The suspect crashes over an embankment and dies. Inside the overturned car the detectives find a tin box filled with money. Bruner steals $80,000 over the protests by his partner, who is forced to go along with him in a fifty-fifty partnership. The detectives turn over more than $100,000, and are called heroes in the newspaper. Bruner hides the money in a trailer park (in trailer number 36, which becomes the reason for the title!), where he intends to trade-in the money in Mexico’s black market. Things get dicey when Farnham wants to turn the money over to the captain. There’s also someone calling to shake the detectives down for the money, who might have been involved in the NYC heist. All the concerned parties go to the trailer park to straighten things out in a surprising way.

If not a spectacular film, it’s at least a tight B-film that has two great action scenes: the opening gun battle during the robbery and the surprising climactic gun battle. It excels more as a character study between the cool, likable, amoral Bruner and the nervous, straight-laced, decent family man Farnham: a study in opposites. Bruner’s big mistake is that he feels for the first time and desires Lilli at any cost, who is someone in need of a high-roller to give her diamonds. The rogue cop is a complicated and ambiguous character, who is only doomed when he doesn’t know how to handle what he feels eating away at him. 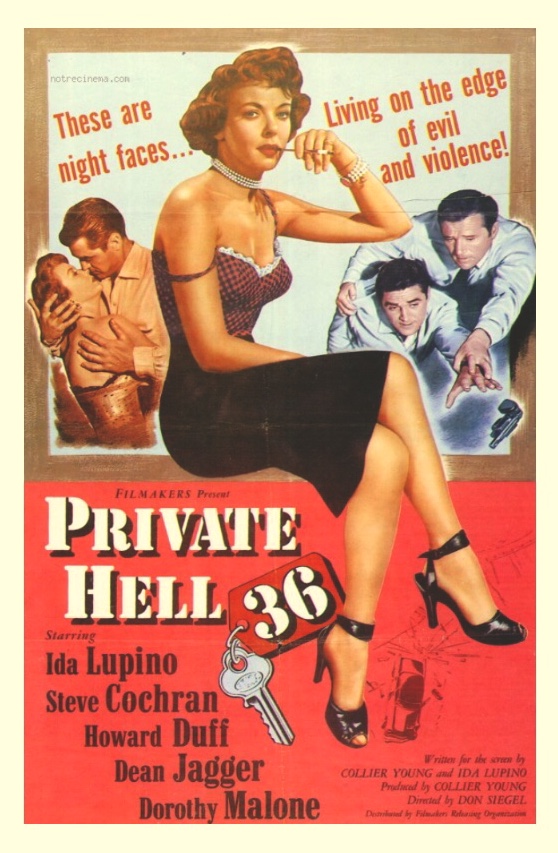