Set in the summer of 1900, girls from an exclusive Australian private college go on a picnic on a steamy St. Valentine’s Day to a sacred Aboriginal site called Hanging Rock. When all is said and done, three girls and their lady chaperone are missing. One of the girls does turn up later, but she can’t add anything to the disappearances. So we are left wondering what happened as the girls seemingly vanished into thin air, with no plausible explanations to ponder.

What sustains our interest in this fiction story are the subplots: the underlying sexual tensions among the school faculty and the pupils, the colonial Victorian era attitudes that prevailed in society, the hardships of one of the sweet girls who is an orphan and is not of wealth; and, the story of the head mistress. She is very ably characterized by Rachel Roberts, as she battles with her own repressions and malignancies.

It’s flawlessly done and is visually appealing and, mercifully, it didn’t cop-out and try to resolve the mystery in an artificial way. It let one’s imagination fill in all the blanks. For that alone, I’m grateful to the filmmaker. It is based on a 1967 novel by Joan Lindsay, and is directed with flair by Peter Weir. 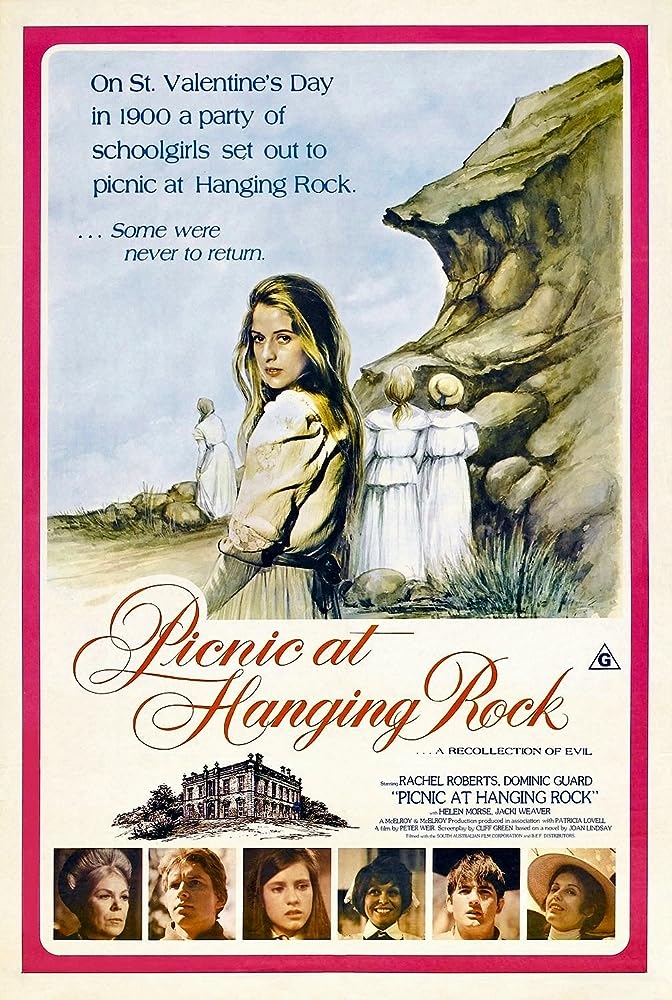