George Hickenlooper’s (“The Killing Box”) attempt at a smart film noir turns the corner at the halfway point, after a snazzy setup and some good breezy rap, and goes from promising to a bummer. It ends up being a low-rent High Sierras. It’s written by Craig Smith as a character study of the sleazy set, but fails to have weight as a hard-boiled film noir.

Jim Holland (Joe Mantegna) is an alcoholic crooked ex-cop now running a dying security business with straightshooter partner Tosh (Xander Berkeley) in Long Beach, California. One day when coming out of a bar, Jim gets bowled over by pretty blonde skater Amanda (Kelly Lynch) and invites her to his place for an ice treatment. After they spend the night together, Amanda steals Jim’s security files that she needs for a robbery. Jim contacts his old pal, the flaky and crooked police lieutenant Cake (J.T. Walsh), who from a fingerprint check gets Amanda’s current address and criminal history. Jim does a surveillance job on her, and follows her when she robs a Colombian “cocaine house” along with her pretty crippled wheelchair-bound sister Molly (Naomi Watts), driving the getaway van, and two loose cannons, excitable tough-guy Terry (Jon Favreau) and low-key junkie Lewis (Channon Roe). The hyper junkie Amanda kills the drug security people and later kills her men accomplices, and stores the money in a warehouse. Jim steals the money from the robbers and pays off the bank so that they don’t foreclose the business and buys a yacht. The plot then becomes twisty, as the gals are being pursued by the Colombian drug lords and Jim, for reasons that will become apparent later, gives the gals back the loot and goes with them to hole up in the High Sierras. There the trio let down their hair and we get to know their dark secrets, as Jim turns his love interest to Molly (there’s something about a gal in a wheelchair that turns him on). Things dull out with all the yapping from the trio until mercifully the crazed ruthless Colombians show up with the opportunistic Cake leading the way. It made little sense to try and put the plot together so it adds up, except it has something to do with a guilt-ridden Joe Mantegna seeking redemption, but at least with J.T. Walsh around for the bloody finish the boredom subsided. 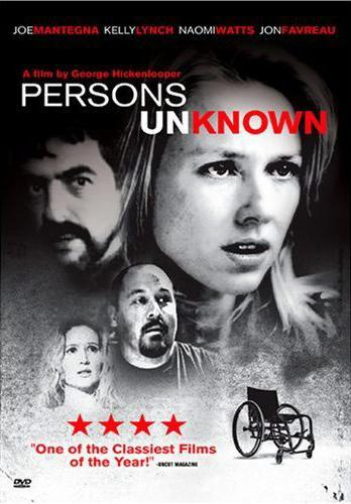 ONE IN A THOUSAND