Anthony Pelissier (“The History of Mr. Polly”/”Encore”/”Meet Mr. Lucifer”) directs this tedious and preposterous melodrama, that’s adapted by Lesley Storm from her own play. It’s set in a stuffy college town in Rudford, England.

Stephen Barlow (Leo Genn) is a dedicated English high school teacher, who tutors coed teenager Barbara Vining (Glynis Johns) at home in the evening. His neurotic pretty American wife becomes jealous that Barbara has a crush on her hubby and chases her away. A rejected Barbara soon disappears, and Stephen becomes a suspect though there’s no reason to think he had anything to do with her disappearance. Nevertheless a scandal rocks the town as the gossips have a field day, and as a result the Barlow’s marriage turns rocky and his teaching career is threatened. Barbara’s father (Walter Fitzgerald), a sophisticated and reasonable man, is confused over her disappearance and tries to act rationally as a concerned parent, while Barbara’s frustrated aunt Evelyn (Pamela Brown), a neurotic old maid who was victimized by a love affair long ago that never worked out and lives with the Vinings, thinks the worse. Barlow is accused by some of the more ignorant locals of committing a lurid crimes despite any evidence, until Barbara returns three days later and clears him–telling her understanding dad and mom (Megs Jenkins) that she ran away to London when she realized the man she loved only wanted to tutor her to pass the subject.

It makes much ado over nothing, but seems earnest in its depiction of a small-minded small-town mentality. 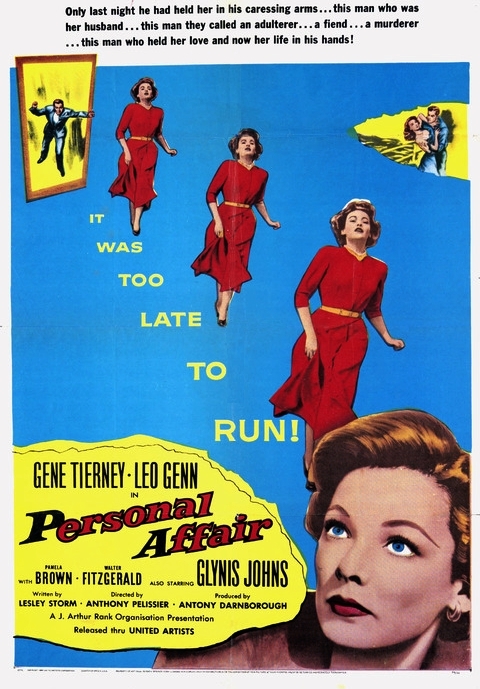