The film’s star, the Shanghai actress Lily Yuen, was a star at 16 and was compared to Garbo for the tragic roles she played. At the height of her popularity, at the age of 25, after making some 29 films, Lily committed suicide. This melodrama about a star-crossed romance is an old-fashioned one that is worth seeing for those film buffs interested in Asian films. Most others would probably find it not their cup of tea, as its soap opera story is bleak and seems misplaced in modern times. What comes across as grand about the film written and directed by Richard Poh, are the high production values, fine mise-en-scène and the appealing acting. It’s a film set in feudal times that tells a tale about class distinction.

The lovely peasant girl Miss Lim (Lily Yuen) falls for King Teh-En (Raymond King), who is the son of the widowed wealthy farm landlady, Mrs. King (S.Y. Li), where Miss Lim’s parents work. The snobbish Mrs. King finds Miss Lim not suitable for marriage because of her lower station, and the girl departs in anger because her boyfriend deceived her into thinking his mother would approve of the marriage. Miss Lim returns from the luxurious city residence of Teh-En to be with her peasant father (Y.C. Lay) and dying mom (Chow Lee-Lee), who departs the world just as she arrives. Kicked off the farm by the raging Miss King, the impoverished Miss Lim gives birth to a baby girl sired by Teh-En and faces starvation. Her father is too sick to help. When Teh-En learns of her condition he rushes to her bedside, against his mother’s wishes, and sees her just before she dies. Teh-En then promises to take care of the baby and forces his mom to accept the child as an equal.

The title is derived because a peach is compared to a human teardrop, and Miss Lim became identified as the Peach Girl. At Miss Lim’s birth her parents planted a peach tree by their shack because coming home from the fields the baby Lim stopped crying at the sight of the peach blossoms and they took that as a lucky sign. 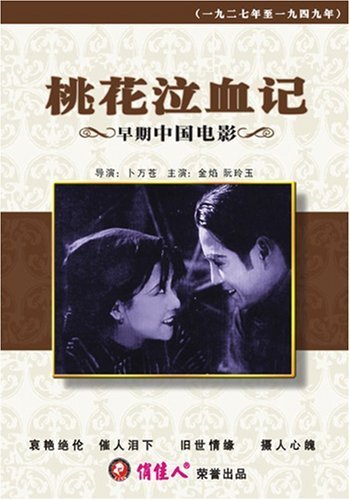