The jazz is hot, the romance is not so hot in Martin Ritt’s (“Edge of the City”/”Norma Rae”) film about American expatriates Ram Bowen (Paul Newman) and Eddie Cook (Sidney Poitier) playing in the same jazz band in Paris (filmed in Paris). The middlebrow drama never has a sense of where it’s going and what it wants to say about music, racism or love relationships. Poitier nailed it on the head when he said “All wrong from beginning to end.”

Ram Bowen is a trombone player and Eddie Cook a tenor man in the same jazz band. Ram is studying music and aspiring to be a “serious” composer, while Eddie escapes American racism to be in a city that respects the love he has for his kind of music. American tourists Connie Lampson (Diahann Carroll) and Lillian Corning (Joanne Woodward) are on a two-week holiday in Paris and begin a casual romantic fling with the two jazz men that turns more serious as the days go by. It becomes a question if Ram will leave his music to return home to be with Lillian and will Eddie also return home because his love for Connie is so great.

On the plus side there’s the wonderful score by Duke Ellington and Louis Armstrong’s amazing rendition of “Battle Royal.” Otherwise it’s dross. The film never gets around to probing America’s racism that caused many blacks to seek shelter in the much friendlier confines of the City of Lights, as it instead focuses around the white Newman character’s uninteresting problem if he’s good enough to be a serious musician and still cut it as a jazz man. I got the blues after seeing this turkey. 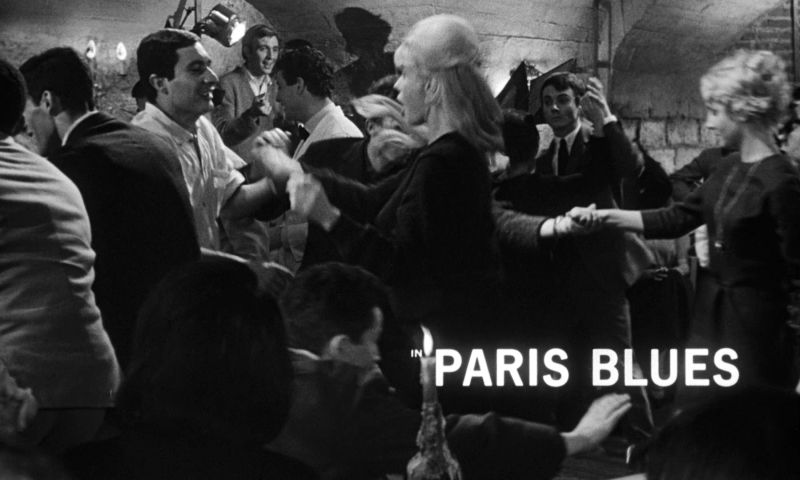