An elegant Claude Chabrol-like psychological thriller directed by Denis Dercourt (“My Children Are Different”), who was a former symphony viola player, that has classical musical as a backdrop. It’s a well-executed and well-acted tingling revenge film written by Dercourt and Jacques Sotty in a taut manner. This clever thriller certainly knows its Chabrol and its music.

Mèlanie Prouvost (Julie Richalet, as a child) is the intense 10-year-old daughter of a provincial butcher (a tip of the butcher’s knife to Chabrol’s Le Boucher) who obsessively practiced to become a professional pianist but flubbed her big chance of getting a scholarship in her entrance audition for a prestigious conservatory by being distracted by movement in the room as the pianist signs an autograph during her exam. The child blamed the jury chairwoman, the famous French pianist Ariane Fouchècourt (Catherine Frot), for her failure and impulsively gave up her musical studies and career ambitions. Some ten years later the young adult Mèlanie (Dèborah François, made her auspicious debut in the Dardennes brothers’ “L’Enfant”), hiding a serious psychological disorder, carries out an elaborate scheme to exact revenge on Ariane. The meticulous and efficient Mèlanie gets a seasonal summer intern position as a filing clerk in the prestigious law firm headed by Ariane’s wealthy and aristocratic husband Jean (Pascal Greggory). When an opening arises, Mèlanie accepts the position of a live-in governess for their young son Tristan (Antoine Martynciow) in their country estate some 25-miles outside of Paris. She easily ingratiates herself into the family, and is not recognized by a now more fragile Ariane–still recovering from a mysterious unsolved hit and run incident that left her shaken up. The pianist is especially nervous about her stage fright coming up at an upcoming radio concert, her chance at a comeback after a long hiatus in the big-time world of classical music, and is pleased to learn that Mèlanie, someone she has taken a liking to, was a former pianist. Soon Mèlanie worms her way into being the vulnerable Ariane’s trusted “page turner” for the concert, that has Ariane playing with her newly-formed chamber trio. The “page turner” in a sangfroid way goes about her strange business, as she quietly sniffs around to uncover that her would-be victim’s damaged psyche and her egotistical need to sign autographs is her Achilles’s heel.

It’s a stylish and assured film that is hardly lovable and that believable, but it makes for a hypnotic watch as we’re never quite sure until the very last scene what the enigmatic and robotic-like Mèlanie is really after; that is, even if we know she’s up to no good. All the time, the classical music keeps it on a high note and shows how the right kind of music can bring one into the world of the elite no matter what your background might be. 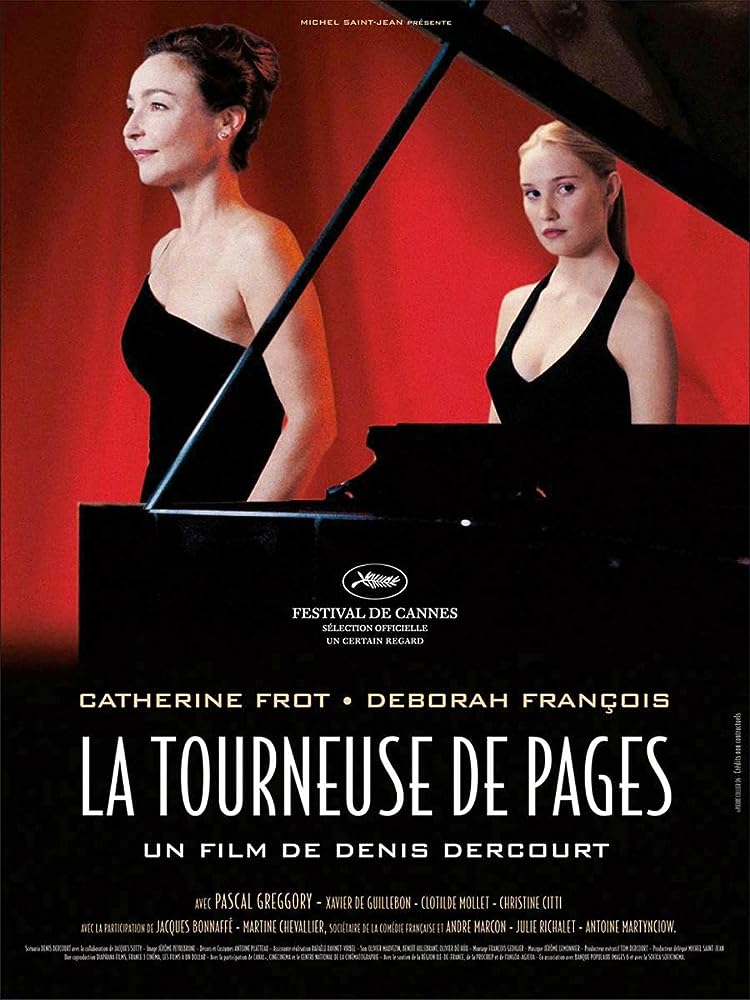