A haunting meditation on a controversial way of dealing with religious matters by a healer posing as a holy man, who blurs the line between right and wrong. Arty French director Bruno Dumont(“Hadewijch”/”Twentynine Palms”/”Life of Jesus”) offers a unique and intoxicating look at the strange ways of an unnamed drifter (David Dewaele) and the life altering effects his stay in a sleepy French country village has on the primitive people he encounters. It follows along the lines of Pier Paolo Pasolini’s Teorema (1968), which told of miracles by a Christ-like modern-man wanderer who upset the lives of everyone he came into contact with. To avoid distractions, Dumont films like Bresson with no music and keeps the dialogue sparse.

The mysterious drifter in the Côte d’Opale on the Atlantic Coast of northwestern France, by the Channel, is befriended by the needy teenager farm girl (Alexandra Lematre), also unnamed, who clings to him as a security blanket. To avenge her abusive treatment by her stepfather, the healer, if you believe, kills him with a shotgun. The clueless mom (Valerie Mestdagh) has no idea why her husband was killed, as the police investigate by concentrating on doing lab work on the bullet extracted.

While living outside in the country’s marshes, the drifter receives food from his girl and she regularly washes his clothes. He takes long walks in the fild with her, but refuses to take advantage of the under-aged girl when she asks him to have sex with her. One walk is interrupted when he’s asked by the girl’s neighbor, an anxious mother (Sonia Barthelemy), to heal her withdrawn daughter (Juliette Bacquet). He seems to cure her by just silently sitting in a chair by her bedside for a few minutes and does nothing but look concerned. When he leaves she’s suddenly much better. Later, when she goes into another funk, mom calls him back and he performs an unorthodox exorcism by forcing himself on her until she returns to normal.

In the unusual but derivative final scene (think Carl Dreyer’s Ordet-1955!), the girl is killed. We are led to suspect the drifter but soon learn otherwise. The drifter, after released by the police for severely beating up the preserve guard (Christophe Bon) just because he tried to force himself on her, the drifter sneaks into her family home where the girl’s body lies on a bed. After wrapping it in a sheet, he tenderly takes it to rest by the marshes. He leaves after kneeling down in a mock silent prayer and miraculously she comes back to life with a gasp. Meanwhile a local pervert, a peeper (Dominique Caffier), is arrested for killing her, and the drifter leaves town with the killer’s dog in tow.

This is a thinking person’s film, where we are left unclear if the principal character is a Christ-figure or just a sociopath. The pic goes overboard on abstractions, making it hard to believe that reality was best served. Instead it plays out as a parable that used its characters to fit the provocative director’s agenda of going weird on religious beliefs. Whatever, the film is disturbing. It helps that it was superbly filmed. But it merits being critiqued for the controversy it creates. The healer, who early on says “there’s only one way,” is far from a perfect being. If he indeed found the “one way,” he better change or he will continue making critical mistakes even if he might be capable of also performing wonderful miracles. It has been my experience to be wary of such curious types and their narcissistic idea of right or wrong. The filmmaker’s purpose is to promote his belief that good and evil can be two sides of the same coin, which may be right only metaphysically speaking. 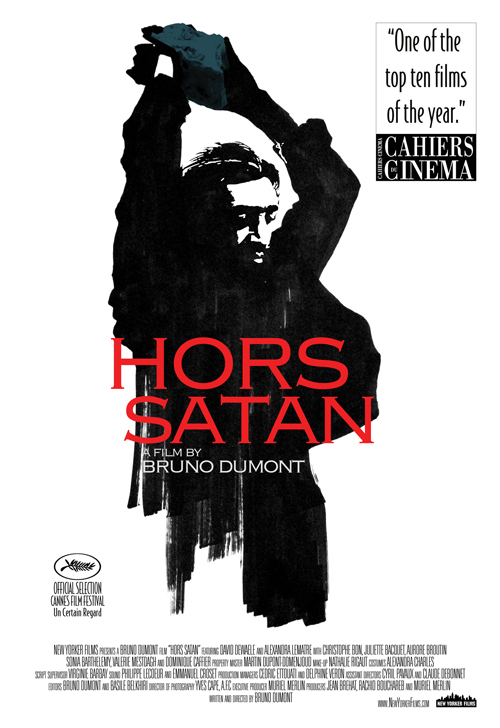 MUSIC FROM ANOTHER ROOM