This was the second part of a trilogy of the early Béla Tarr films released by Facets on DVD. It’s filmed in color and mostly in glaring close-ups, and adds more insights than his first foray, Family Nest, into tracking the realistic but fictionalized desperate lives of his subjects. Tarr’s documentary-styled verite looks at everyday life for someone who can’t fit into modern Hungarian society and how he survives though trapped and forced to deal with seemingly unsolvable personal, family and work problems. It’s a long drawn-out study of a rather unpleasant but sometimes charming rascal named András, who is irresponsible, self-absorbed and aimless. The twentysomething starts out working as a nurse in a mental hospital but gets fired for drinking with an alcoholic patient and other inappropriate behavioral problems. This leads him to a dead-end factory job. The only thing András seems to enjoy is drinking beer with his mates in the local Budapest pub and playing music in various clubs and taverns. One of his musical mates (Istvan Bolla) relates his fiddle playing and lifestyle to Beethoven, thereby nicknaming him after the great musician, and goes on a rant about “Great artists like Beethoven lived alone, they never married.” András is an untrained musician who got booted out of the conservatory in Debrecen.

András meets working-class Kata in a pub and they marry, even though they both have such limited economic opportunities. András told her before the marriage that he had a kid with Anna, whom he doesn’t love, and has to pay child support. She accepts that, but as András proves to be a poor provider and spends more times with his mates and shiftless brother, Kata starts nagging. As the times change and Western disco music becomes the craze in Budapest, András gets a low-paying part-time gig in a disco club as DJ. The unhappy Kata confronts him there while he’s in the middle of shouting out a song, and tells him “This is shit, not a marriage.” She further berates him for not caring about anyone. With that in mind, the film moves along mixing shots of the couple making love, András playing his musical gigs and the weariness of living without hope. Nothing much happens but the usual things when playing out such a soap opera, such as Kata sleeping with András’s brother and András receiving a draft notice.

It brilliantly catches the faces of these fringe members of Budapest society, leaving a striking impression of the disenfranchised and the nihilistic attitude that prevailed among them. The film advances from Family Nest, which was built solely around poor social conditions, to now getting into the head of a character more richly portrayed. “The Outsider” is primarily an example of how a talented life can be squandered not only because of a failed government but because of personal dysfunctional behavior; it also takes its share of political digs at the prevailing lethargic political system and the brain-dead masses who are led around like sheep. 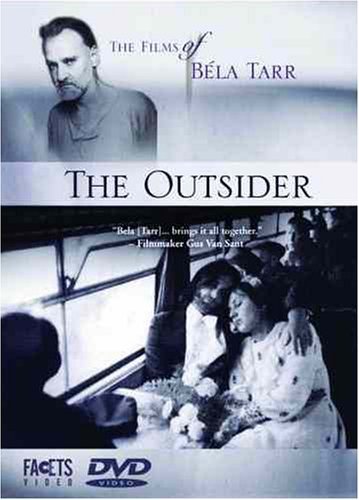