One of Kenji Mizoguchi’s (“Sansho the Bailiff”-1954/”The Life of Oharu”-1952) early great films and his first collaboration with the then unknown screenwriter Yoshikata Yoda, who worked on many of his best films (they worked on some twenty films together).

The family drama is set in Osaka and centers around a young pretty switchboard operator, Ayako Murai (Isuzu Yamada), in a large pharmaceutical company owned by the lecherous Sonosuke Asai (Benkei Shiganoya). He puts the make on her and she tries to resist as best she could without losing her job. Ayako’s enamored with the company’s young executive Susumu Nishimura (Kensaku Hara), but he’s being pursued by the boss’s modern free-spirited wife Sumiko (Yôko Umemura). Hubby married money and is treated with utter disrespect at home. When hubby barks at his wife for being out all the time, she barks back “Get yourself a mistress.” Hubby does just that when he finally snags Ayako. She becomes his mistress to financially help out her good-for-nothing impoverished widowed drunken father (Seiichi Takegawa) who has accumulated great debts and was caught embezzling money from his firm. She says to him: “Better no father than one like you.” She also helps support her younger sister (Shinpachiro Asaka) and keeps her brother in school (Chiyoko Okura). When turned out by the boss and fired from her job, she becomes a prostitute. One of her clients is the powerful stockbroker Fujino (Eitarô Shindô). When she rejects him without returning his money, hoping to lure Nishimura, he reports her to the police.

Things turn out disastrous for Ayako, who when released from police custody has lost Nishimura and is rejected by her mean-spirited and ungrateful family. The last shot of the feisty Ayako, who is in a bind because she’s been labeled as a delinquent with no place to turn to for help, is a revealing and haunting close-up showing how far she’s fallen in a patriarchal society that has such double standards. Mizoguchi does a good job, without being preachy, showing a patriarchal society’s ill-treatment of women. 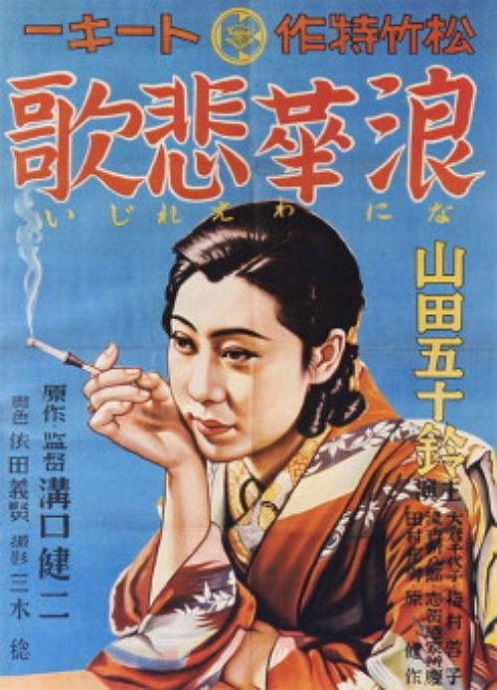