ORNETTE: MADE IN AMERICA

An ambitious offbeat documentary about the elusive Texas avant-garde jazz saxophonist and innovator Ornette Coleman (invented the concept of ‘free jazz’). It’s the last major film by the great indie director Shirley Clarke(“Portrait of Jason”/”The Connection”/”The Cool World”), who puts together all the cool footage she could find. The doc offers interviews from a wide variety of artists that include William Burroughs. Though flawed by its unfocused presentation, it’s still an invaluable work on an under-appreciated major American talent. It’s worth seeing.

The pic focuses to a large part on Ornette’s piece entitled “Skies of America,” which over a seven-year period is shown during several performances. The documentary chronicles the the period from 1968 to 1983. At the time of the film’s release in 1985, the renown jazzman was 82-year-old. Location-wise it jumps all over the map, going from Fort Worth to Nigeria to Morocco. It opens with Ornette given the key to his hometown city of Fort Worth in 1983 and follows that up with him playing at a concert for a high-brow Texas crowd. It then shows Ornette mentoring his drum-playing 12-year-old son Dennard in the NYC of 1968. There are quick shots of Ornette playing on Italian TV, in Nigeria, in Morocco and San Francisco. Ornette also dedicates a piece to his hero Buckminster Fuller, as he plays that at a Fort Worth concert. 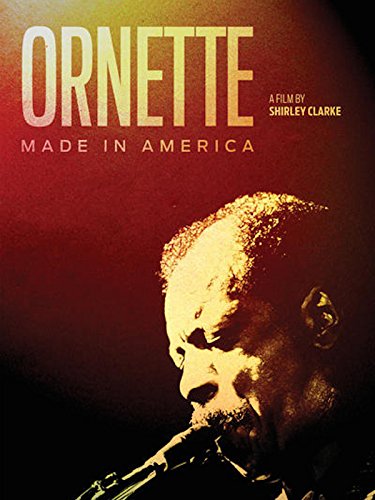