ORDER OF MYTHS, THE

Margaret Brown (“Be Here to Love Me: A Film About Townes Van Zandt”), who was raised in Mobile and has connections through her society ancestors to that city’s mysterious sponsors of the Mardi Gras, provides an informative behind-the-scenes look at America’s oldest Mardi Gras, which dates back to 1703 (even before the more famous one in New Orleans, which was not even a city then). Ms. Brown directs in a non-threatening and unobtrusive sober way, telling us of Mobile’s Mardi Gras having separate celebrations for the black and white communities (like it once had separate water fountains for the races). The Mobile Mardi Gras is called out in the film as being ‘the last bastion of Southern segregation,’ as Ms. Brown uses the city’s biggest event to study the racial relations in a city that is in denial that there are any racial problems. Mobile’s last major racial incident was a KKK lynching of a black man in 1981. Evidently the times are a-changin’, even if it might seem at a snail’s pace, as the Mardi Gras is still segregated but attitudes have softened somewhat to the point that in 2007 the black king and queen were invited to attend the coronation ball of the white king and queen and were cordially received.

Ms. Brown focuses on the parallel black and white 2007 Mardi Gras celebrations by showing how each community prepares for the pre-Lent winter festivities, as the mystical Caucasians’ Mobile Carnival Association (MCA) and the African-Americans’ Mobile Area Mardi Gras Association (MAMBGA) each choose their own Mardi Gras king and queen. The black king and queen are school teachers Joseph Roberson and Stefannie Lucas, while the white king and queen are society folks of means and privilege, Max Bruckmann and Helen Meaher. The blacks descended from slaves, while the whites had slave traders and plantation owners as ancestors. What’s fascinating is that both Mardi Gras queens can trace their ancestors to the last slave ship in 1859 to reach American shores, the doomed Clothilde, where the black queen’s relatives embarked to live in Mobile’s African section and the white queen’s relatives were the same ones that brought that illegal slave ship to Mobile on a bet that they could defy the law.

On the lighter side Ms. Brown shows how the whites, seemingly all catered to by black servants, have the money and resources to make their celebration more elaborate with fancy floats, lavish formal balls and elegant costumes, as they rev up for the big parade on “fat Tuesday.” As money and tradition is a big factor, it’s easy to observe that the celebrations seem to be equal only in name but not in actuality.

Ms. Brown, in the film’s weightier moments over the racial and class divides, offers an engrossing peek at these segregated celebrations while giving us her own subtle affirmative nod for integration. She observes that there are separate parades because of culture and tradition, but gently hints that might not be a good enough response in the future for a country that has been trying to put to rest its racist past (like electing Obama) and that even if both sides are now saying that’s the way they want things to continue in due time that might not be an acceptable response. In this carefully framed portrait of black and white America celebrating something as trivial as a Mardi Gras, the filmmaker makes it perfectly clear that there’s no more good arguments left for maintaining separate celebrations even over such a seemingly unimportant social event–nevertheless there’s still a genteel resistance in the New South to any big change in its traditional celebration as evidenced from the likes of Ms. Brown’s own relatives, who generously supported the film so it could be made with a fly-in-the-wall insider’s look but who are not yet convinced to give up the entitlements they are accustomed to. 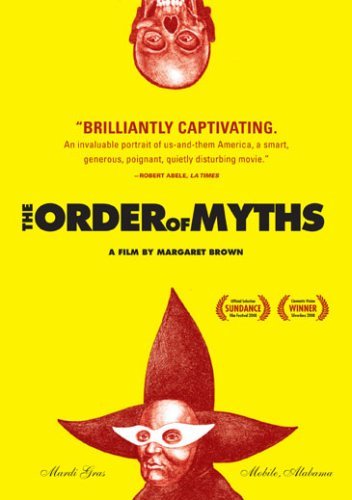